Portrait of a loser, 1640 New England 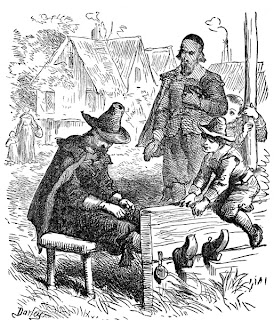 In June 1640, one James Sabire, who had been set in stocks in Portsmouth, Rhode Island, moved to Boston. There, he probably demanded a divorce from his pregnant wife Barbara, of the Boston magistrates. He charged Barbara with being an adulteress, and denying him his rights in the marriage bed.

Barbara Sabire wrote to the governor and assistants of Rhode Island, asking for a character reference and witness to her husband's abuse and her stellar behavior, probably hoping not to be set in stocks at Boston--or hanged as an adulteress! It appears that she sheltered in the home of William and Anne Hutchinson for nine months, perhaps during her pregnancy and delivery.

The letter below was written by William Hutchinson, to his friend-turned-enemy, John Winthrop, who had just been replaced in the governor's seat by the severe and strict Thomas Dudley.

Not only does the letter describe the horrible behavior of James Sabire, but between the lines, we can read what kind of relationships were expected of godly men toward their wives: honor, protection, providence, love, tenderness, loyalty.

Right worshipful,
We have lately received a letter from Barbara Sabire, the wife of James Sabire, now resident in Boston, with you, wherein we understand that he hath made complaint of her, if not false accusations laid against her, therefore we thought good to testify, being desired thereunto, what he confessed upon examination, before us whose names are here underwritten.

The ground of his examination was from some false reports he had raised up against his wife. We called them false because they proved so to be when they were inquired into, but not to trouble you with those:
1. A word or two of what he did confess, when the question was demanded of him, Did your wife deny unto you due benevolence, according to the rule of god or no?  His answer was she did not, but she did and had given her body to him, this he confessed, & did clear her of that which now he condemns her for and this may evince it and prove it to be so.
2. He did here likewise report his wife was with child, which we understand he doth also deny unto your worships and that will also prove him to speak falsely if he shall say his wife did deny him marriage fellowship until he did come under your government:
3. This we must witness that his wife was not the ground or cause of his being set in the stocks, but for his disturbance of the peace of the place at unseasonable hours whereas people were in bed, and withal for his cursing and swearing and the like. 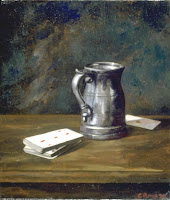 Again a word or two concerning his life when he was with us, It was scandalous and offensive to men, sinful before God; and towards his wife. Instead of putting honour upon her as the weaker vessel, he wanted [lacked] the natural affection of a reasonable creature, we also found him idle and indeed a very drone sucking up the honey of his wife’s labour, he taking no pains to provide for her, but spending one month after another without any labour at all, it may be some found one day in a month he did something being put upon it, being threatened by the government here; and indeed had he not been relieved by his wife and her friends where she did keep, he might have starved. Besides he is given very much to lying, drinking strong waters [whiskey], and towards his wife showing neither pity nor humanity, for indeed he could not keep from boys & servants, secret passages betwixt him and his wife [sexual demands she felt were immoral? rape?] about the marriage bed, and of those things there is more witnesses than us, and concerning her.

She lived with us about 3 quarters of a year, whose wife was unblameable before men for anything we know, being not able to charge her in her life & conversation but, beside her masters testimony, who best knows her is this, that she was a faithful, careful, & painful both servant & wife to his best observation, during the time with him.

Those things we being requested unto, we present unto your wise considerations hoping that by the mouth of 2 or 3 witnesses, the innocent will be acquitted, & the guilty rewarded according to his works; thus ceasing further to trouble you we take our leaves & rest.

No matter how I search the internet with different spellings, word searches, Winthrop’s Journal, Winthrop Papers, Documentary History of Rhode Island, date searches, etc., I cannot find record of James and Barbara Sabire outside this letter. Did Barbara's baby live? Was James whipped, fined, or exiled? Was the court case dropped? Perhaps they emigrated back to England, as many did at this time, and got caught up in the Civil Wars. Maybe they moved to New Hampshire or Long Island.

But one thing is certain: there was no divorce in Rhode Island or Massachusetts. With the harsh Thomas Dudley in the chief seat of the magistrates' panel, we can  hope that Mr. Sabire was punished according to his many unsavory deeds, beginning with a drying-out period in jail. But Mrs. Sabire was tied to her husband and master unless they were able to obtain a divorce in England (possible, but very unlikely), or Mr. Sabire died in his cups.

Related article: The scarlet letter, D: punishment for drunks in the 1600s   http://bit.ly/I9OtZd

Do you enjoy this site's articles and photos? If so, please support the author's continued research with the purchase of her books, or push the Donate button on this page.