Three hundred sixty-some years ago, there were definitely bulls on Manhattan Island, but there was no Wall Street. The colonists of the Dutch West Indies Company inhabited the southern tip of the island, a city they called New Amsterdam. It was the Dutch capitol in America, from which they administered parts of Long Island, Delaware (after they snatched it from Swedish colonists), New Jersey, and their opportunistic settlements in Connecticut and the Hudson River Valley. Their director-general was Pieter Stuyvesant, who had administered the colony since 1647.

After Stuyvesant traded away large portions of territory to the English colonies of New Haven and Connecticut, his Dutch colonists were quite upset with him. The tensions with the Native Americans were always ready to flare up, and several unscrupulous Dutchmen had been discovered selling rum, firearms, and ammunition to the Indians — firearms and ammo that could be used to massacre colonists.

In 1652, a naval war between England and the Netherlands had broken out not only in the English Channel, but in the Caribbean and the trade routes and ports of the Atlantic. Piracy and privateering were rampant. The English settlers on Long Island and the coasts along Long Island Sound learned that the Dutch were paying the Indians to attack the English and drive them off.

When settlers like the militia commander Captain John Underhill, a magistrate in the New Haven-governed area of Long Island, called for his fellow Englishmen to rise up against “the iniquitous government of Pieter Stuyvesant,” he was first imprisoned for sedition, then kicked out of New Netherland. (Captain Underhill had a Dutch wife and mother-in-law, so living among the Dutch was not a foreign concept to him.)

In the winter of 1652-53, both the English and Dutch settlers on Long Island were dissatisfied with Stuyvesant’s governing. They held community meetings and sent deputies from each village to demand reforms of the director-general, which he dismissed with the arrogant statement, “We derive our authority from God and the Company, not from a few ignorant subjects.”

Captain William Dyer (husband of the woman who would become the famous Quaker martyr in 1660, Mary Dyer), was at this time Rhode Island attorney general, and had already been commissioned by England’s Council of State in early October 1652. His orders were to “raise such forts and otherwise arm and strengthen your Colony, for defending yourselves against the Dutch, or other enemies of this Commonwealth, or for offending them, as you shall think necessary; and also to take and seize all such Dutch ships and vessels at sea, or as shall come into any of your harbors, or within your power, taking care that such account be given to the State as is usual in the like cases.”

On March 17, 1652, six wealthy men of New Amsterdam, meanwhile, fearing both Indian and English attacks on their city, raised six thousand guilders to build a defensive palisade. They contracted with Thomas Baxter, a young English colonist living there, to, within two weeks, provide masses of cut lumber and logs to build the wooden wall. (Baxter would shortly thereafter criticize Stuyvesant and leave his small home and catboat, to join the privateer forces under William Dyer and John Underhill.)

Stuyvesant ordered all men of the town, under pain of fine, loss of citizenship, and banishment, to dig a defensive ditch and post holes for the palisade that would run right across the island there, and make two gates and gatehouses, at what would later be called Broadway, and at the water gate on the East River. The wall was 2870 feet long (a little over half a mile), from the western end on the bluff of the Hudson River, to the East River. The palisade was built during the month of April, and completed on May 1, 1653. The earthen wagon road inside the palisade was called Waal Straat.

It's interesting that though there were substantial Dutch residential and commercial settlements on nearby Long Island (Bronx, Brooklyn), no wall was attempted there. 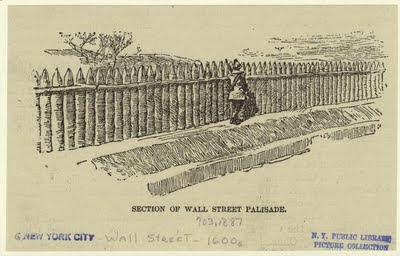 William Dyer and John Underhill never attacked New Amsterdam, probably because of lack of financial and material support from the English Council of State, and the First Anglo-Dutch War ended by treaty in January 1654. Dyer's privateers Baxter and Hull seized several ships and properties not only of Dutch traders, but of Englishmen who lived in Dutch territories, and there were several admiralty court cases required to resolve finances and ownership of ships and goods.

New Amsterdam was renamed "New York" in 1664 at the conclusion of the Third Anglo-Dutch War, when by treaty, England abandoned the Spice Islands of Indonesia (and parts of the Caribbean), and the Netherlands surrendered their colony and trading territories around Long Island Sound, Manhattan, and the Hudson River, allowing the English to administer those lands.

From 1680-82, Mary and William Dyer’s second son, William Dyre the younger (born about 1640 in Newport, Rhode Island), was mayor of the city of New York.

The Wall, having decayed over the last forty years, was dismantled in the 1690s, and the street that ran along the palisade became one of the most famous streets in the world — the home of high finance, and synonymous with greed and corruption.

To share this story, copy and paste this link into social media: https://bit.ly/2RJwH7H


**********
Mary Dyer, having been made famous by Quaker historians, has received all of the attention over the last 400 years, but her husband William Dyer was a remarkable man in his own right. Read about both of them in the biographical narratives by Christy K Robinson.  Click HERE to learn more about the Dyers. 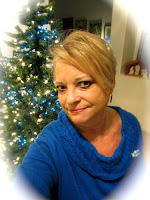