The titans of early Boston

On my first day in Boston in years, I visited the graves of Gov. John Winthrop and his family, Rev. John Cotton, Rev. John Wilson, Rev. John Davenport, Isaac Johnson, and others who I learned to know very well as I researched and wrote my books on the Dyers.*

They were buried in what is now known as the King's Chapel Burying Ground. Boston was founded in 1630 to be a Puritan version of the New Jerusalem, where its people would be able to live good lives and prove their election (predestination) to eternal life. It was never the heavenly City Upon a Hill that they hoped it would be, but their rebellious spirit did create a beacon of culture, education, commerce, and patriotism that still shines brightly today.

In the 1680s, that rebellious nature, and their refusal to produce their royal charter from 1629 after repeated recalls by kings and Parliaments, came to (virtual) blows with the appointment of a royal governor, Sir Edmund Andros. During his short term, he declared there was no other land available in Boston (because the Calvinist Puritans wouldn't sell any for a Church of England meetinghouse), and an Anglican church must be built right there on the cemetery. So in 1686, the graves of Boston's founders were disturbed, moved, or otherwise covered by construction of what came to be known as King's Chapel. (Imagine how the fur would fly in Boston parlors!)

And so it was that the first founders of Boston, who had left the English church at great expense to their lives and estates, were disturbed by that very church not long after their deaths.

I walked down Beacon Street in the steamy heat to visit the graves of the men who I didn't necessarily like as I researched my books on Mary Dyer and Anne Hutchinson, but who I greatly respected for the commitment of their very lives and families and fortunes to the Christian utopia they hoped to build. These were never cartoon villains as I read their letters, journals, and testimony, but human beings who were well-respected and loved by many. They were leaders who inspired their followers. They were titans. 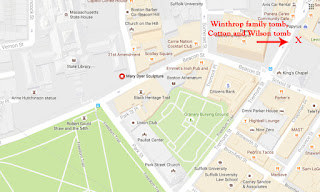 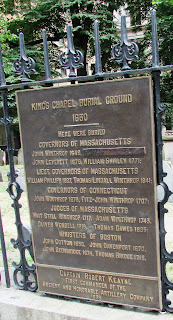 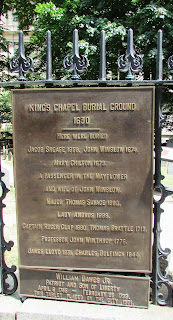 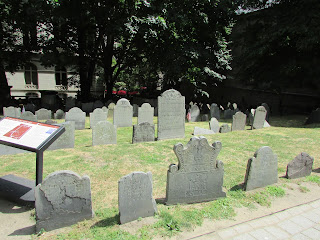 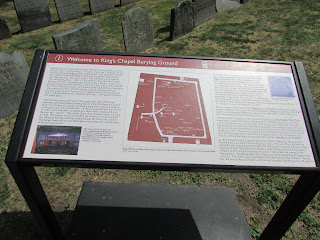 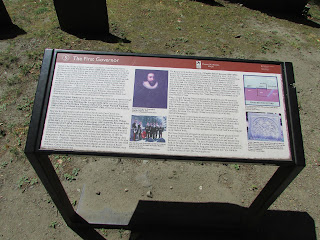 *Christy K Robinson is the author of five books, three of them revolving around the titans of New England. Click their titles to read the five-star reviews and purchase the paperback or Kindle editions. 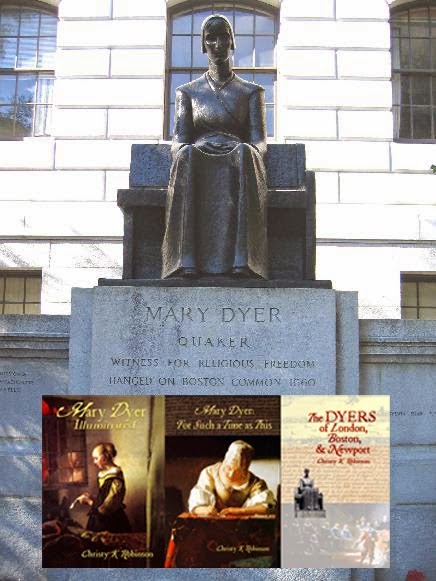