Plus a wonderful guest article, The Fenland Riots, by Dr. Ann Swinfen! 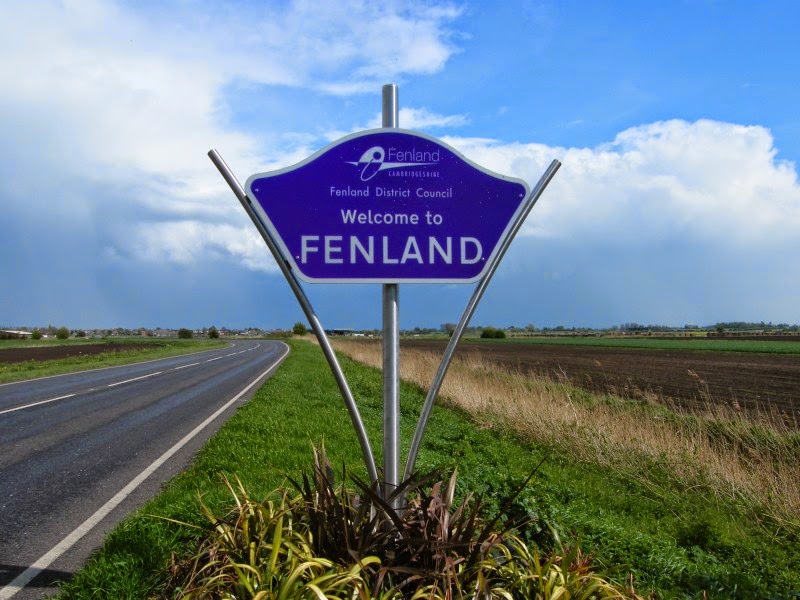 Many of my readers do family history and genealogy. If you're from Pilgrim or Puritan stock, chances are great that you have ancestors who farmed, fished, hunted, and puddle-jumped in the English fens before emigrating to America. I learned that 10% of Boston, Lincolnshire population moved to Boston, Mass., following their minister, Rev. John Cotton. He had preached at St. Botolphs for about 20 years when King Charles I’s republication of The Book of Sports forced Puritan ministers to comply or be silenced. Rev. Cotton hid for about a year (avoiding prison), then sailed to the new Boston in 1633, where he had a standing offer of employment.

William Dyer was born in 1609 in Kirkby LaThorpe, a village between Sleaford and Boston in Lincolnshire. His father, William Dyer, was a yeoman farmer (owned his property, not a tenant) and church warden.
There's no record of why or when his family moved out of the area, were taxed out of business by the king, or if they died there. If the Dyer clan remained in the area, William's siblings and nephews and nieces would have been affected by the events Ann Swinfen describes in her novel Flood.

In researching my novels, I read in 19th-century geographical surveys that the villages and farmlands around Kirkby LaThorpe were laid out in Ice Age alluvial strips of higher ground and the lower elevations were often seasonal marshes and wetlands called fens. A look at a Kirkby map bears this out. Church Lane, running north and south, is the only street, and the medieval church is at the highest elevation.

I drove through the region one Friday, from Norwich to Lincoln, and saw only a little of the area, because at the time, April, the fens were very wet. Side roads were closed because of flooding. The main highway (it’s called that because it’s elevated above the watery fields and ponds) was jammed with noontime weekend getaway traffic trying to get around a roadworks blockage. I was stuck for two hours with no escape. Isn’t that the way of construction? Arrgh!

Our William Dyer was sent to London in 1624 and apprenticed with a haberdasher/milliner under the Worshipful Company of Fishmongers. The Fishmongers had many alumni who were city leaders and London mayors. William only practiced as a milliner for a few years, emigrated to the new Boston, then became a farmer, trader, and held government court positions. Among his holdings were marshland at Chelsea, Mass., and Portsmouth, Rhode Island, some marsh on his Newport farm, and a small island in Narragansett Bay (Dyer Island). Both Chelsea and Dyer Island are water bird sanctuaries today, so you see the fens were in his blood and he was well aware of their value in agriculture, fishing, hunting, and ecological management.

Recently, I read Flood, a new novel by Dr. Ann Swinfen, set in the English fens in the 1640s, and was, um, "swept away" by her vivid and beautiful descriptions of the area and the occupations of our ancestors and their near relatives. Ann has graciously provided an article about the fens. I hope you’ll enjoy the article, and trot off to her website or to Amazon to buy her book (paperback or Kindle). I’m reviewing and rating it five stars for the subject matter and the high quality of the writing. See my blog, Editornado, for the review and an excerpt of Flood.

My new novel Flood takes place in the seventeenth century in a very distinctive area along the east coast of England, known as the Fens. Once a remote, slightly mysterious region of marshes and hidden villages, it attracted the attention of men greedy to get their hands on land by fair means or foul, never mind the consequences for the local inhabitants. They used the notorious method of ‘enclosure,’ but in the Fens they were up against a formidable people who could not easily be bullied into submitting. When I discovered their story, I knew I had to write about it.

I had always known about enclosures, of course. From roughly Tudor times to the nineteenth century in England, land was stolen by large landowners or groups of speculators by semi-legal means. This stolen land was ‘common land’, that is, land held in common by a group of people, often the free villagers of a parish who were peasant farmers or yeomen. They had ancient rights to cultivate arable land on a shared basis, to graze their flocks and herds on local meadows, and to gather firewood and feed their pigs in neighbouring woods.

The enclosers fenced off the commons, expelled the commoners – sometimes even seizing their animals – and took possession of the land for themselves. The local people rarely had any means of redress or compensation. If they went to law, almost invariably they lost their cases, at considerable financial cost, when opposed by those with influence and deep pockets. The result is that there are very few common lands left today. Port Meadow in Oxford still has common grazing for a few Freemen who can claim ancient rights granted by Alfred the Great. The New Forest has privileges for those who are eligible.

This was a massive injustice, carried out under the guise of land improvement, or in order to create large wool-producing businesses. And in some cases it may have led to more efficient farming methods, but nevertheless it resulted in poverty, starvation and dispossession for many of its victims. The Highland Clearances in Scotland had a similar effect, although in their case small tenants were cleared off land already owned by a wealthy landowner in order to produce a larger income from sheep.

The Fens of East Anglia (stretching along the east coast of England from Cambridgeshire, Suffolk and Norfolk to Lincolnshire) were from ancient times an area where land, water and marsh combined to form a rich tapestry with unique problems and rewards. The natural phenomenon of the area is the annual deposit by winter rains of rich silt from higher ground inland on to the lower arable fields of the fenlands. This produced some of the richest soil in England. Floods would cover these fields in winter, then drain away, leaving land ready for cultivation. Between these arable fields lay a network of ancient peat bogs and waterways – some natural, some man-made over the centuries by local people who understood their special environment and the behaviour of their annual floods. They lived by arable farming, stock-rearing, fishing and water-fowling. The peat bogs provided fuel as well as absorbing excess water, and the rushes and willows growing along the waterways furnished materials for everything from thatch to sheep hurdles and eel-traps. 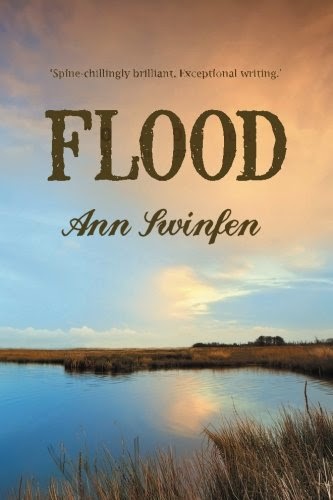 Then, in the early seventeenth century, the ‘adventurers’ came – adventurers because they invested their money in a speculative venture. They would drain this boggy land, which they mistakenly believed to be poor and unprofitable, seize control of it, and install settlers from Holland and France as rent-paying small farmers. The return on their money would be phenomenal – it was a fool-proof investment. There were plenty of Protestant refugees from Catholic persecution on the Continent who would be only too glad of a chance to start a new life on the reclaimed lands.


And what of the local people? Many held charters of ancient rights. These were ignored in the law courts. Some tried to obtain compensation, but often found themselves imprisoned or fined instead, for attempting to oppose the speculators.

But they were a tough people, the fenlanders. They fought for their rights, destroying the drainage ditches and pumping mills, attacking the drainage workers and settlers. The unrest spread throughout the Fens and was one of the underlying causes of the English Civil War (1642-46 and 1648-51). The war itself brought a temporary halt to the drainage, but in the lull between the two phases of the war, it began again. And whereas the first period of drainage and enclosure had been financed by the aristocracy and the king, the new speculators were the men who had risen to power under the new government, and included Oliver Cromwell himself, who, in the past, had declared that he would protect the fenlanders.

I was drawn to the period and the events in the Fens by the persistent courage of the local people in defending their land and their customary way of life. I was also fascinated by discovering that the women fought alongside their men, some of them even being accused of being witches because of their unwomanly behaviour. Yes, this was the very period when the infamous ‘witch-finder general’, Matthew Hopkins (c.1620-1647), was roaming over this same area, instigating witch-hunts and hounding hundreds of innocent men and women to their deaths. Mostly women. But some men too. Because of the imposition of strict and unforgiving Puritan rules by Cromwell’s government, clergymen who continued to practice the established ceremonies of the Anglican church – such as baptism and church weddings – were attacked and in some cases tried and executed for witchcraft.

The more I read about the Fenland Riots, as they came to be known, the more I wanted to tell the story of these persecuted people. In my novel Flood, Mercy Bennington and her family and friends provided the voices of those forgotten seventeenth century forebears of ours.

And the irony of it all? Because the engineers brought in to drain the Fens did not understand the local terrain, their works resulted in uncontrollable floods. Water which would once have been absorbed by the marshland was pumped out into new ditches which overflowed and flooded villages and homes. Not until the nineteenth century was efficient drainage carried out, and it destroyed the peat bogs which by the present day have withered and shrunk, so that in many places the rivers are now higher than the surrounding lands, a dangerous and unsustainable situation. In recent years it has come to be realised that the marshes along the sea coast of the Fens in the past used to provide a buffer against that other source of floods – floods from the sea. As a result, some coastal farmlands are now being allowed to revert to salt marsh, to protect the land.

I wonder what Mercy Bennington would have had to say about that?

Dr. Ann Swinfen (http://www.annswinfen.com) published three novels with Random House, but her three latest – The Testament of Mariam, Flood, and The Secret World of Christoval Alvarez – she has published herself under the imprint Shakenoak Press. Loving the whole independent publishing process, and the control it offers to authors, she thinks it unlikely she would ever return to conventional publishing. Some of her short stories which previously appeared in magazines and on BBC radio are now published on Kindle. She has also reissued her backlist titles as paperbacks and Kindles.
Posted by Christy K Robinson