The episode where I record my first video for the Dyer website.

On the 26th of October, 1659, Mary Barrett Dyer was kept in solitary confinement in a Boston prison cell, condemned to die by hanging because she had repeatedly defied the banishment-on-pain-of-death orders from the Boston theocracy headed by Gov. John Endecott, Gov. Richard Bellingham, Rev. John Norton and Rev. John Wilson of Boston First Church, colonial secretary Edward Rawson, and others. She had been visited, in an attempt to "save her soul," by the unfriendly, cold and fundamentalist ministers Zechariah Symmes and John Norton she had known since the 1630s, when they prosecuted her beloved friend and mentor, Anne Hutchinson.

Mary didn't know that the next day, the 27th, she would be reprieved from death because of the intervention of her husband (Rhode Island attorney general William Dyer), her son William, the governor of Acadia, Connecticut Gov. John Winthrop Jr., and the Massachusetts theocracy who feared insurrection.

Mary was executed on June 1 the next spring, after she forced the hand of the Boston government. But in late October, 1659, she fully expected to go to her death to call attention to the cruel persecution of Quakers and Baptists who refused to bow to the Puritan masters of Massachusetts. So, in the custom of some Quakers and condemned prisoners, Mary Barrett Dyer sat down to write a letter (a manifesto) about how the authorities weren't killing her--she was laying down her life to call attention to the plight of those oppressed by state religion.


This video describes Mary's letter written the night before she thought she would be hanged, and the way that it was used after her death to stop religious executions in New England. 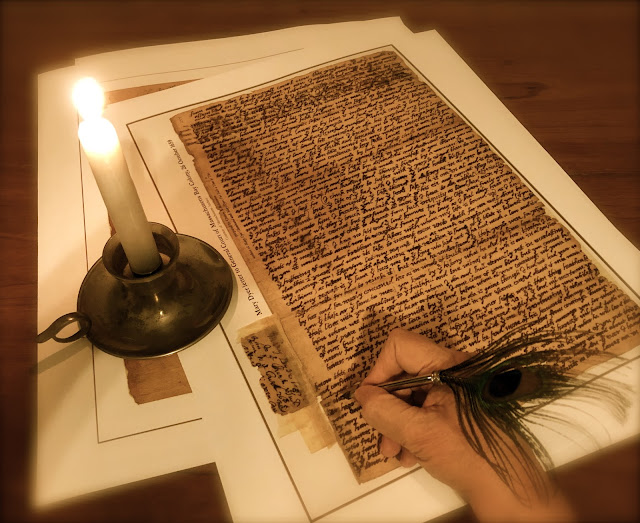 You may purchase high-resolution reproductions of William Dyer's and Mary Dyer's
handwritten letters here in this site:
https://marybarrettdyer.blogspot.com/p/mary-dyer-1659-letter.html 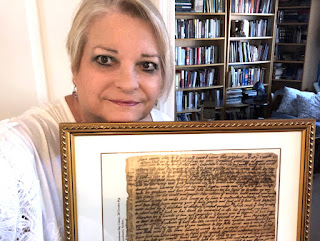