Although this blog was planned for several weeks before it went live, Sept. 1, 2012 begins a new year of posts on the culture, religion, politics, and events surrounding William and Mary Dyer, in mid-17th century Britain and New England.

Overall, the site has received more than 16,300 views in those 366 days. The most popular articles are shown in the graph. As an author, I'd love to believe that all those views were in pursuit of my golden prose, or my spiffy headlines--but hold on a second. If I look at other stats, I learn that at least a third of my visitors didn't come for the articles at all. They came for the images, through Google searches. <sigh>

These are the top search words that terminated at this blog:


Many of the searches were by Dyer descendants looking for genealogy lines, which isn't the purpose of this blog. But it tells me that there are many thousands of Dyer descendants who would like to either connect their lines with the famous Mary Dyer, or to find her antecedents.

Quakers/Friends visit this blog regularly, which is not surprising, considering the iconic status Mary Dyer holds for that group.

Some readers ended up at this site because they were students working on history papers. In the next few months, I'd like to add student-friendly articles that will help dispel some of the myths that most people, including history instructors, still consider to be truth.

Two very popular articles that had little to do with the Dyers (but covered their culture) were the "leg-bomb" pictures after the Angelina Jolie appearance at the Academy Awards, and the article about various disease remedies of the 17th century, specifically the baldness cure! Most of the hits on the baldness cure came from southeast Asia, the Philippines, Indonesia, Malaysia, and Yemen and Oman. Really? Is chicken poo on the scalp a viable option there? And just how follicle-challenged are the southern Asians?

There was a big spike in views of "Mary Dyer's Monster" when the TV drama Private Practice depicted a character bearing an anencephalic baby.

Six months into writing this blog, I added a map of hits to see the regions the readers came from. The dots are not the total number of hits, but the cities where the hits originated. For instance, if you click on the blog once or repeatedly, it's counted in the total number, but only shows up as one dot on the map.

Are there subjects in this period that you'd like to see covered? Are you an authority on the era who could contribute an article? Please use the comments below to let me know your ideas.
Posted by Christy K Robinson 5 comments: 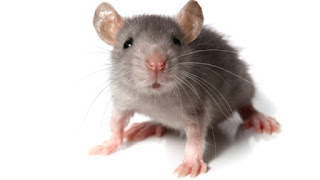