In the early 1640s, seeing their estates shrinking fast in the New World, the merchants of New Haven Colony formed a last-ditch partnership to build and stock a trading ship that could bypass the large ports (and of course fees) of Massachusetts Bay, and trade directly with England.

The tonnage of the ship was variously reported as 80, 100, and 150 tons, and there are claims that it was built at Long Island, New Haven, or Newport. (If it was built at Newport as the Bostonian Cotton Mather wrote, the Puritans could blame the heretical, godless Rhode Islanders for its faults!) The ship may have been built shoddily or too hastily, because it was liable to roll over, according to its master, Mr. George Lamberton, who “often said she would prove their grave.”

In January 1646, the ship set out from New Haven, loaded with wheat, beaver pelts, hides, and other goods valued at £5,000, which would be worth perhaps US$645,000 today. Because this was the coldest decade of the Little Ice Age, the ship’s master had to break through three miles of harbor ice to get out to Long Island Sound. There were about 70 people aboard the nameless ship. Part of the way, they were accompanied by their ultra-conservative Puritan minister, Mr. Davenport, who had close ties to Governor Winthrop, and who later became one of Boston’s ministers and magistrates. (Rev. Davenport had come to Massachusetts in 1630 in the Winthrop Fleet.) Many friends, investors, and well-wishers followed the ship to the harbor’s mouth, with prayers and tears, and heard Davenport pray,


“Lord, if it be thy pleasure to bury these our friends in the bottom of the sea, they are thine; save them!”

(Yes, Davenport appears to have forgotten to take his happy pills that day.)

Reverend Cotton Mather, in 1703, wrote that

“Alas, the ship was never after heard of! she foundered in the sea; and in her were lost, not only the hopes of their future trade, but also the lives of several excellent persons, as well as divers manuscripts of some great men in the country, sent over for the service of the church, which were now buried in the ocean. The fuller story of that grievous matter, let the reader with a just astonishment accept from the pen of the reverend person [James Pierpont], who is now the pastor of New-Haven.”

Those lost were the ship's commander George Lamberton, (militia) Capt. Nathaniel Turner, "Thomas Gregson [my direct ancestor], Mrs. Goodyear, and seven or eight figures of importance." Mrs. Goodyear was the first wife of New Haven deputy governor Stephen Goodyear, who later married the widow of George Lamberton! Many of the rest of the 70 people aboard would have been ship's crew.

The godly people of New Haven, not hearing the fate of the passengers or their investments after 18 months had elapsed, fasted and prayed that the Lord would let them hear what he had done with them, and to prepare them to accept his will. A great thunderstorm blew up one day in June, and an hour before sunset, a ship of similar dimensions to the one which left in January appeared in the sky over New Haven harbor’s mouth and sailed into the north wind for half an hour. (Toward, not away from, the thunderstorm, which makes its appearance more significant.)

“A great thunderstorm arose out of the northwest; after which (the hemisphere being serene) about an hour before sunset a ship of like dimensions with the aforesaid, with her canvass and colours abroad (though the wind northerly) appeared in the air coming up from our harbour's mouth, which lyes southward from the town, seemingly with her sails filled under a fresh gale, holding her course north, and continuing under observation, sailing against the wind for the space of half an hour.

“Many were drawn to behold this great work of God; yea, the very children cryed out, There's a brave ship! At length, crowding up as far as there is usually water sufficient for such a vessel, and so near some of the spectators, as that they imagined a man might hurl a stone on board her, her main-top seemed to be blown off, but left hanging in the shrouds; then her missen-top; then all her masting seemed blown away by the board: quickly after the hulk brought unto a careen, she overset, and so vanished into a smoky cloud, which in some time dissipated, leaving, as everywhere else, a clear air. The admiring spectators could distinguish the several colours of each part, the principal rigging, and such proportions, as caused not only the generality of persons to say, This was the mould of their ship, and thus was her tragick end: but Mr. Davenport also in publick declared to this effect, That God had condescended, for the quieting of their afflicted spirits, this extraordinary account of his sovereign disposal of those for whom so many fervent prayers were made continually.” 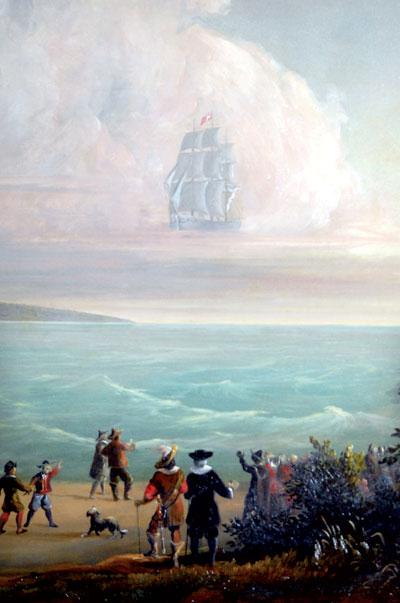 A ship sailed from New Haven,
And the keen and frosty airs,
That filled her sails at parting,
Were heavy with good men's prayers.

"O Lord! if it be thy pleasure"---
Thus prayed the old divine---
"To bury our friends in the ocean,
Take them, for they are thine!"

But Master Lamberton muttered,
And under his breath said he,
This ship is so crank and walty
I fear our grave she will be!"

And the ships that came from England,
When the winter months were gone,
Brought no tidings of this vessel
Nor of Master Lamberton.

This put the people to praying
That the Lord would let them hear
What in his greater wisdom
He had done with friends so dear.

And at last their prayers were answered:---
It was in the month of June,
An hour before the sunset
Of a windy afternoon,

When, steadily steering landward,
A ship was seen below,
And they knew it was Lamberton, Master,
Who sailed so long ago.

On she came, with a cloud of canvas,
Right against the wind that blew,
Until the eye could distinguish
The faces of the crew.

Then fell her straining topmasts,
Hanging tangled in the shrouds,
And her sails were loosened and lifted,
And blown away like clouds.

And the masts, with all their rigging,
Fell slowly, one by one,
And the hulk dilated and vanished,
As a sea-mist in the sun!

And the people who saw this marvel
Each said unto his friend,
That this was the mould of their vessel,
And thus her tragic end.

And the pastor of the village
Gave thanks to God in prayer,
That, to quiet their troubled spirits,
He had sent this Ship of Air.

What do you think? Was it a cumulus cloud made colorful by the sunset? Was it a ship of lost spirits? Was it a divine sign? Scores of serious and sober eyewitnesses thought it was the latter. Hurricanes, earthquakes, plagues, comets, eclipses, and other natural phenomena were always considered to be messages from God, to be interpreted by their ministers. 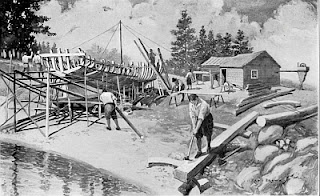 Shipbuilding went on very successfully in New England, but the principal building yards were in Massachusetts, Maine, and at Newport, not at New Haven. Typically, a ship would be built, loaded with cargo, and sailed to Europe, where it was sold after only one or two voyages. America’s shipyards built thousands of merchant and military ships during the 17th century. But the phantom ship of New Haven was never seen again.

New Haven’s lost ship, carrying 70 souls and the hopes and fortunes of many more, was part of the unmaking of the colony. In 1662, Charles II issued a charter (granting rights of self-government) to Connecticut Colony, based in Hartford, and the unchartered New Haven merged with their neighbor. 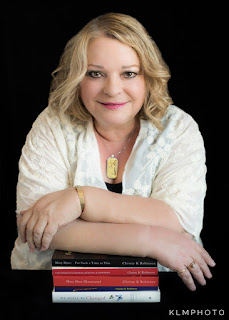 *****
Christy K Robinson is the author of three books on William and Mary Dyer, which include many of their contemporaries: Anne Marbury Hutchinson, Edward Hutchinson, Katherine Scott, Henry Vane, John Winthrop, Jeremiah Clarke, John Cotton, and many others. You may find them at http://bit.ly/RobinsonAuthor .