Centennial: An unlikely influence on lives and books

If I hadn’t read Alf Wight’s autobiographical books about his life and career as a veterinarian in the Yorkshire Dales, there might not have been a William and Mary Dyer website with a third of a million page views, nor the books* I’ve written about them and their world.

Alf Wight wrote under the pseudonym of James Herriot. Ah! You recognize that name.  When I was a teenager, reading and rereading his books from All Creatures Great and Small to his Yorkshire travelogues shaped my expectations of and propelled my determination to visit the UK. My first visit there came 30 years after reading the first volume, but I’ve been there five times now, on research and sightseeing trips. 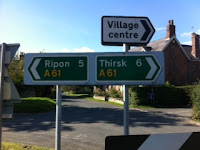 On the first trip, I was with a university study group, and as we rolled past the directional sign to Thirsk, where Wight had his vet practice, I may have left a face-print on the tour bus window, reminiscent of the Munch painting, The Scream.

But on my next trip, I had a rental car, and Thirsk was on my itinerary for months before my plane left LAX. My stop was in the Yorkshire Dales, a series of valleys across north Yorkshire. Though they’re populated with farms, the Dales are a national park, with recreation sites and trails throughout the area. I was close to the town of Masham, the home of one branch of ancestors, and I stopped the car on the side of a shady road to get my bearings on the atlas (cars didn’t have GPS at that point). I was parked by a stone wall when I stepped out into damp grass and wildflowers, next to a brilliant-green field of fat, woolly sheep. The sweet scent of new-mown hay, flowers, and trees wet from a shower wafted to me, and I inhaled deeply. It was exactly as Wight had described his Yorkshire. I hadn’t read the books in 25 years and hadn’t expected it. But my first breath of the Dales was right out of James Herriot.

When I visited Thirsk, a small market town holding a weekly market day in its square (which I used in a Dyer book), I went into the James Herriot museum and shop, and though the beloved author had passed away, his son was there in the shop. I bought his biography of his father, The Real James Herriot, and had him sign it.

While in the northern county of Durham, I visited Raby Castle, the home of Henry Vane (which I used in a Dyer book). And in the Midlands near Bicester, my friend and I had supper in a small country pub that traced its history back to at least the 13th century. Its fireplace and low ceiling made it into one of my books.

If you remember the delightful "All Creatures" books, Wight/Herriot described his disastrous dates with his future wife, at a hotel restaurant in Harrowgate. I drink their brand of tea, Yorkshire Gold. And I visited Bolton Castle, where he proposed to her. I only wish I could get the fabulous Wensleydale cheese in Arizona. Alas...

On October 3, 2016, Alf Wight (aka James Herriot) would have been 100 years old. He was a Scot who qualified as a veterinarian in 1939, just as Europe plunged into World War II. Stationed in Great Britain, he worked as a horse vet during the war, so he was able to visit his adopted home shire when he was on leave. After the war, he practiced on the Dales farms, as well as at his surgery in Thirsk. He was recovering from depression in the 1960s when he began writing about Yorkshire as he’d known it before large-scale agriculture and commercial cattle farms changed the business. The first of his books was published in 1969, and they exploded worldwide in 1972. He passed away in 1995, and his son Jim, also a veterinary surgeon, has carried on the business.

One of the writing techniques I learned from the veterinarian was to pace a conversation or scene by using an animal's familiar mannerisms. In my books, I used dogs, cats, and even Canada geese to do that. Another device was humor, and in the dark and frightening days of England before the Great Migration, I made a young Puritan minister, Rev. Isaak Johnson, into a ray of sunshine who was a light to the dour, preachy John Winthrop. I was sorry to kill him off when the timeline said I must.

As touching and as comedic as Wight wrote his stories of Yorkshire life, some of the people uneducated and grouchy, some of them who risked their lives for their flocks and herds, Alf Wight didn’t make fun of the real people. (His son wrote that Alf changed names, dates, and locations, and denied that the stories were from real life because he was afraid the characters would recognize themselves and be hurt or angry. Yet one Yorkshireman was angry because he thought he'd been left out--he hadn't been depicted in the books!) Alf Wight's superpower was making himself the butt of the joke, and lifting up his friends, family, and clients, often with humor, but always with love.

Happy birthday, James Alfred Wight. You changed my life. I hope that in turn, I’ve illuminated others’ lives.

Christy K Robinson is the author of this award-winning blog and books on the notable people of 17th century England and New England. Click the links to find the books.