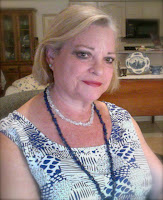 Review of "The Savage Apostle"

King Philip's War, 1675-1676, was fought between the Native American tribes of New England, and the English colonists, many who were first-generation emigrants like William and Mary Dyer (William lived until 1677), or their children and grandchildren who were born in the colonies. The Dyers may have known Rev. John Eliot if he was one of the inquisitors on Anne Hutchinson's trial. William Dyer was acquainted with the Indian sachems Massasoit (whose signature mark was a sailboat or a bow) and his son Metacom/Metacomet. The Dyers' sons were involved with the war, and Samuel Dyer, their eldest son, rescued Rhode Island colonists from grave danger when he evacuated them to Newport. Katherine Marbury Scott lost both her sons in the war. Edward Hutchinson died a short time after being struck by a musket ball late in the conflict. We don't know much about the women who suffered death, injury, the firings of their homes and crops, and the loss of their children, but we can learn from the story of Mary Rowlandson, who was abducted by Native Americans and then redeemed. But fear not, our friend Jo Ann Butler is nearly finished with her volume encompassing this time, The Golden Shore.

I invite you to learn more about King Philip's War by reading The Savage Apostle, by John B. Kachuba. You can access the Amazon sales page and the other reviews by clicking the title hotlink.

The Savage Apostle, by John B. Kachuba
(Review by Christy K Robinson)

The Savage Apostle, named after John Eliot, the Congregational (Puritan) pastor to the Native Americans (“savages”) of New England, is the first historical novel by author John B. Kachuba. The “novel” genre assignment seems wrong, when the events and people were real and documented, but the narrative follows the thoughts and speech of two primary figures: Rev. John Eliot (1604-1690) and the Wampanoag sachem Metacom (1638-1676), also known as King Philip. Historical fiction can breathe new life into dusty history, when thought through as carefully as it was by author Kachuba. 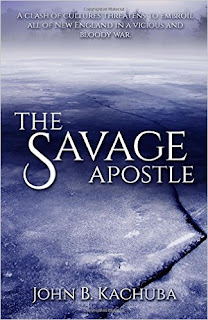 The book begins with the musings of Eliot, who mourns the death of the Native American Sassamon, who was a Christian convert. Sassamon had been murdered and dumped in a frozen pond, perhaps by someone of his own tribe, or by the English settlers of Plymouth Colony. In 1675, tensions were high between the natives of New England, and the thousands of English families pushing them back into the wilderness. When the first settlers arrived in the 1620s and 1630s, they found whole villages made ghost towns by disease. They purchased land from native sachems, but by 1636, tensions broke out in the Pequot War, in which the Plymouth and Massachusetts Bay militias massacred thousands and sold women and children captives to the Caribbean slave trade (because they had a naughty habit of running away from their “servanthood” in New England). As tens of thousands of settlers arrived in the Great Migration, the various tribes suffered encroachment on their lands and waters, destruction of their crops by English cattle, and overhunting of fowl and deer. Over the next decades, even as John Eliot tried to convert them to Christianity and “civilization,” they lost civil rights and were treated disrespectfully by the second generation of colonists.

In the book, Metacom has equal time with John Eliot, as they both realize that war will come to New England, no matter how hard they work to avoid it. They both envision innocent deaths and burned-out villages. Eliot wonders if he has failed his God when he sees the “Praying Indians” deserting their villages ahead of the war to return to their tribes. He agonizes over the will of God: why did God seem to direct his missionary work, and then deny Eliot, in his old age, the fulfillment of happy, fulfilled Christian converts? Metacom wants only to die peacefully as an old man, with his children and grandchildren nearby, and go to the afterlife to be with his father and brother, but his advisors are bent on avenging the executions of the three Pokanoket men who were falsely accused and falsely convicted of murdering Sassamon.

Author Kachuba’s depiction of the exhumed body of Sassamon was (as I imagine) quite realistic, but so was his depiction of sudden emotion from Rev. Eliot, looking on the decomposing body of his friend and convert. “From where I now stood, trembling, I had an unobstructed view of the corpse, a view I would gladly have given up so as to have Sassamon’s memory from happier times live on within me… I had to close my eyes for several moments to calm my wild heart. My knees shook and I thought I should fall.”

I’ve read several books set in the time before and during King Philip’s War (among them Flight of the Sparrow, by Amy Belding Brown; Mayflower, by Nathaniel Philbrick; Caleb’s Crossing, by Geraldine Brooks), and have seen descriptions of Eliot and his ministry, and the English versus Indian conflict from several outside angles. It’s a new dimension to read about the precursors to war through the eyes of Eliot and Metacom, who perhaps had the best perspective.

As an author and a student of 17th-century New England history, I found the personal narratives fascinating. The story is so believable as told here, that I’m tempted to think this is what must have happened. As a genealogy enthusiast, I knew some of the peripheral players in the story, and though they weren’t covered in detail in the book (which was proper), it drove me back to my files to compare information. And it fits! Those dusty ancestors contributed to the story in my head. Dr. Fuller administered a potion which may have killed Metacom’s brother. Others lived heroically through the atrocities of King Philip’s War, ferried colonists from grave danger to safety at Newport, or, like one great-great, didn’t survive, when he was taken captive and marched to Canada, where he was burned at the stake.

There were a few confusing bits in The Savage Apostle: Metacom’s flashbacks to his experiences with father and brother took us back about 13 years but didn’t explain the timehop. What was the medieval law of cruentation? And the Pokanoket name of Montaup (Mount Hope, Bristol, Rhode Island) and other places could have been set for the reader who is not from New England, by a map or two. Sure, I can Google them, but that would mean getting out of bed where I’m reading in the wee hours!

The book contains a reading list and discussion guide, and would be appropriate reading for high school and college history students, as well as history enthusiasts of all ages. The few descriptions of violence (at the very end of the book) are necessary to a book about the prelude to war. The physical book is well made and the text is easy on the eyes. The cover image appears to be an aerial view of a landscape with water and clouds in the distance. The cover texture feels a bit like peachskin.

Disclosure: The publisher sent me an advance copy of the book in exchange for an honest review.
Posted by Christy K Robinson No comments:

This large parish church, St Botolph's (aka "The Stump"), was the church where Rev. John Cotton was the minister for 20 years, and Anne and William Hutchinson attended here often. (Their children were baptized in the local church in Alford.) The young William Dyer and his parents and siblings lived in nearby Kirkby LaThorpe, so it's very possible that the Dyers occasionally or regularly attended this large church.

St Botolph's (Anglican) church is located in Boston, Lincolnshire, near the northeast coast of England. Boston, Massachusetts, was named after this town for several reasons, including that it was a center for Theophilus Clinton (4th Earl of Lincoln) who was a religious nonconformist with interests in the New England colonies, and for the hope that John Cotton would accept their repeated invitations to emigrate to New England.

After The Book of Sports was republished by King Charles I, and the bishops and archbishop of the Church of England cracked down on Puritan power, Cotton was forced into hiding for a year lest he be imprisoned (which could be a death sentence in itself). He sailed to the new Boston in 1633, and about ten percent of old Boston followed him.

William Dyer and his father, a farmer who owned his land about 15 miles to the west (behind the drone camera), were certainly familiar with the market square at the east end of the church. Whether they brought crops or wool or livestock to market, Boston was a second "hometown" to them.