You know that I've written four books on the Dyers and Hutchinsons, and that I regularly post up-to-date research in my history websites that have enlightened you about the lives of those families, as well as their friends, foes, and culture.
If you've already read the five-star-reviewed books, may I ask that you purchase copies for your relatives and friends as gifts? They're available on Amazon at <https://bit.ly/RobinsonAuthor>

Thank you for your support, which is much appreciated--and much needed. 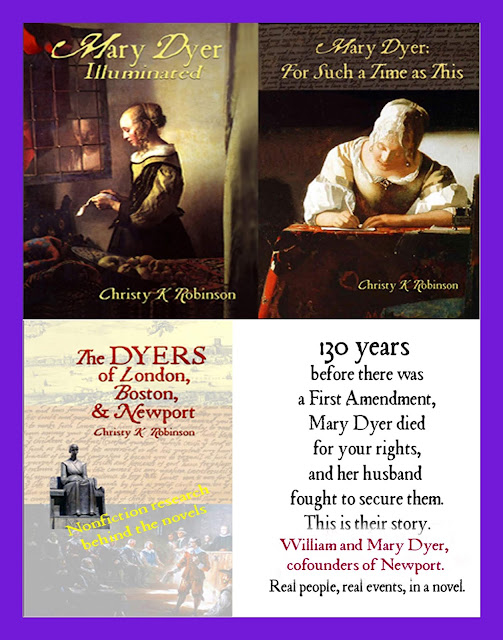 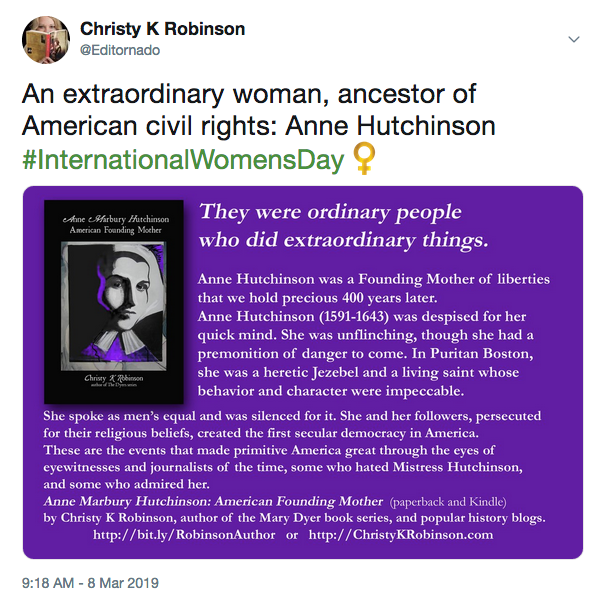 #OnThisDay in 1605: The Gunpowder Plot

William Dyer and his father by the same name had nothing to do with the Gunpowder Plot discovered on 5 November 1605. Indeed, William the son would not be born for another four years, and William the father was a young farmer whose first son would be born in 1607 in the village of Kirkby LaThorpe, Lincolnshire, located 100 miles north of all the action in London.

If you're a descendant of William and Anne Marbury Hutchinson, they would have been teenagers living in London, and would have witnessed the civic unrest with their own eyes.

Mary Barrett (later Dyer) and Katherine Marbury (later Scott), born in 1610 or 1611, and would have also witnessed the celebrations on the 5th of November as they grew up in London.

But there are a few things we can learn about the culture from the story of Guy Fawkes and the Gunpowder Plot to kill King James I and many members of Parliament, that relate to the Dyers. Guy Falkes was one of the conspirators in the plot, but not the ringleader. But his name has become the most famous over the past four centuries because of his confession given under torture, the hideous traitor's execution denied to the huge crowd by his last-minute suicidal leap from the platform, and the celebratory bonfire night that bears his name.

Fashions
Notice in the image above how all of the conspirators appeared: a tall hat with a floppy brim, large collars and multiple layers of heavy fabrics, and every man had a short, narrow beard (a goatee), a mustache, and hair that covered their ears and reached down to the their collars. I don't know if the artist drew from life, or if the faces were his own conception, but I suspect the latter. The treasonous conspirators all have a sharp weasel profile! But in clothing and hairstyle, the elder William Dyer surely would have appeared much as those men did.


Religious strife
After decades of religious upheaval under King Henry VIII, his son Edward VI, daughters Mary I and Elizabeth I, and now King James I, England had been torn to bits. On top of that, James had recently published the book Daemonologie that told how to identify witches and related them to Roman Catholic believers. The Gunpowder Plot was planned to kill King James and his family, and put his Catholic-leaning daughter on the throne instead.

Nominally, the churches of England were Anglican, but the Separatists that included those who would become the Pilgrims (who moved first to the Netherlands and then to Plymouth, Massachusetts), and those who wanted to purify the Anglican Church of Catholic practices, who were called Puritans. My research indicates that William Dyer the younger was probably educated at what is now called Carre's Grammar School in Sleaford, several miles from his home. The school's charter called for teachers and a headmaster who had been educated at Oxford or Cambridge, in the Church of England tradition. But the church of St. Denys in Kirkby LaThorpe may have had a Puritan-leaning minister.

Climate change in the first decade of the 17th century
All over the world, the climate was cooling rapidly, but even more quickly in the first decade of the 1600s because of volcanic ash in South America. It happened in the middle of the Little Ice Age that ran from the 1300s to the late 1700s. Millions of people died in Russia, Europe, England, China, Africa, and elsewhere because of crop failure and famine which left people and animals weakened and susceptible to plagues that included the Black Death, diphtheria, smallpox, cholera, and dysentery. The odds were that William Dyer's crops were probably blighted by cold temperatures and flooded (or frozen) fens, and many of his domestic stock would have been slaughtered because they were too expensive to feed or keep warm in winter. On the other hand, country people usually fared better than those in towns and cities because they had better access to food and fuel.

Guy Fawkes and Bonfire Night
On 5 November 1605, Londoners were encouraged to celebrate the King's escape from assassination by lighting bonfires, provided that "this testemonye of joy be carefull done without any danger or disorder." An Act of Parliament designated each 5th of November as a day of thanksgiving for "the joyful day of deliverance."

The Act required church ministers to hold a special service of Thanksgiving annually on 5 November, during which the text of the Act was to be read out loud. Everyone was required to attend, and to remain orderly throughout the service, although no penalties were prescribed for breach.


"Many malignant and devilish Papists, Jesuits, and Seminary Priests, much envying and fearing, conspired most horribly, when the King's most excellent Majesty, the Queen, the Prince, and the Lords Spiritual and Temporal, and Commons, should have been assembled in the Upper House of Parliament upon the Fifth Day of November in the Year of our Lord One thousand six hundred and five, suddenly to have blown up the said whole House with Gunpowder : An Invention so inhuman, barbarous and cruel, as the like was never before heard of... where sundry necessary and religious Laws for Preservation of the Church and State were made, which they falsely and slanderously term Cruel Laws, enacted against them and their Religion, both Places and Persons should all be destroyed and blown up at once; which would have turned to the utter Ruin of this whole Kingdom, had it not pleased Almighty God, by inspiring the King's most excellent Majesty with a Divine Spirit, to interpret some dark Phrases of a Letter showed to his Majesty, above and beyond ordinary Construction, thereby miraculously discovering this hidden Treason not many Hours before the appointed Time for the Execution thereof."

The face mask we've often seen as a symbol of anarchy, resistance to authority, and political hackers is a depiction of Guy Fawkes. In England, the celebration of Bonfire Night is a civic holiday, with fireworks, and the burning of an effigy of Guy Fawkes on the bonfire. Toasted marshmallows and sausages cooked campfire-style are traditional foods.

And that is what we know that William Dyer, both father and son--and all their countrymen in old England and new--would have heard and experienced from November 5, 1606, to the ends of their lives.

So there you have it: a slice-of-life for our English ancestors of the 17th century. 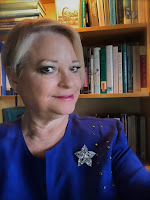