“Purifying” the customs and fun of Christmas

Why our ancestors didn’t celebrate the holiday

Even as I finish out my 50th year as a church musician, playing keyboards for church preludes and choir parties, and accompanying vocalists and congregations during Advent and Christmas, I remember how our ancestors responded to holiday events in the 17th century.

For a thousand years, European ancestors had celebrated Christ’s “birth” at midwinter with religious services, fasts and feasts (Advent was a four-week modified fast leading up to the Christmas feast and then 12 days of feasts and parties). It was during the religiously stringent mid-17th century that Christmas took a punch to the gut in Protestant England and New England.

The Christian church had adopted many pagan seasonal customs and co-opted their celebrations while proselytizing and building their culture and governments. The Yule, the holly and mistletoe, gift-giving, festivals of light and feasting, saint miracles, and much more originated thousands of years ago. But as Puritans, Separatists, and other non-conformists saw it, the “Christ-mass” was a bastardization of pagan revels with Roman Catholicism. Puritans (a.k.a. Congregationalists) had a mission to purify and purge Christianity of its sinful ways and prepare people for the imminent second advent of Christ.

The banning of Christmas celebrations has often been attributed to Oliver Cromwell, Lord Protector of the English Commonwealth from 1553 to 1558.  The Parliamentary bans, however, occurred while he was a general, fighting decisive battles in the first English Civil War.
1644, England
“Whereas some doubts have been raised whether the next [regularly scheduled last Wednesday of every month] Fast shall be celebrated, because it falleth on the day which heretofore was usually called the feast of the Nativity of our Saviour [Christmas]. The Lords and Commons in Parliament assembled doe order and ordaine that publique notice be given that the Fast appointed to be kept on the last Wednesday in every moneth ought to be observed untill it be otherwise ordered by both Houses of Parliament: And that this day in particular is to be kept with the more solemne humiliation, because it may call to remembrance our sinnes, and the sinnes of our forefathers, who have turned this Feast, pretending the memory of Christ into an extreame forgetfulnesse of him, by giving liberty to carnall and sensuall delights, being contrary to the life which Christ himselfe led here upon earth, and to the spirituall life of Christ in our soules for the sanctifying and saving whereof Christ was pleased both to take a humane life, and to lay it down againe.”

1647, England and Wales
“All Festivals and Holy Days abolished; …  Forasmuch as the Feasts of the Nativity of Christ, Easter and Whitsuntide [Pentecost], and other Festivals commonly called Holy-Dayes, have been heretofore superstitiously used and observed Be it Ordained, by the Lords and Commons in Parliament assembled, That the said Feast of the Nativity of Christ, Easter and Whitsuntide, and all other Festival dayes, commonly called Holy-dayes, be no longer observed as Festivals or Holy-dayes within this Kingdome of England and Dominion of Wales, any Law, Statute, Custome, Constitution, or Cannon to the contrary in any wise notwithstanding[.] “
Source: Library of Congress

New England Separatists (Pilgrims) and Puritans were more zealous, more fundamentalist, more strict than their friends and brethren in England. Christmas was not celebrated in Plymouth Colony in 1621, as noted in my article HERE, and celebrations were much-frowned-upon by the theocracies of Massachusetts Bay, Connecticut, and New Haven in the 1630s and 1640s even while under the authority of King Charles I. As in England, people were encouraged to tattle on their neighbors who brought greenery into the house or held a Christmas feast or gave gifts.

1651, Massachusetts Bay Colony
When it comes to assigning “blame” for the banning of Christmas celebrations in New England, we could choose among several members of the theocratic government: Rev. John Cotton, Rev. John Wilson, Gov. Richard Bellingham, Sec. Edward Rawson, or Gov. John Endecott (Endecott is my suggestion for instigator because of his fanatical leanings, and his persecution of Baptists, Quakers, and others who would not conform to his narrow beliefs).

The ordinance about Christmas is invariably listed between ordinances on gaming, dicing, and games of chance (bad, very bad!), so it might be reasonable to assume that one of the chief detractions of Christmas observance was not going to labor, not praying at home, and instead, getting intoxicated and gambling at the ordinaries. Ordinaries were licensed to sell beer and entertain travelers, and sometimes served as a community meetinghouse while church buildings were constructed. Gambling there was punishable by the same 5-shilling fine as celebrating Christmas.

Were they dour and austere all the time?

As I researched history and sociology for my own books, I saw that Puritans had fun, drank alcohol (not to drunkenness), danced (not mixed sexes), had competitions like shooting and sword play, cooking and needlework, top skills or speed in building and construction, etc. They had after-church potlucks particularly for the people who had come to the city from smaller towns. They held concerts. They held harvest festivals and spring planting parties, and when they slaughtered their stock in November, that was hard work in smoking/cooking/drying the meat, as well as preserving the hides and using the bones and tallow—followed by food and music. They had wedding celebrations. They did like to party, but it was always with a religious, moral aspect to it because that was a shared belief.

But in Rhode Island?
How did William and Mary Dyer, or William and Anne Hutchinson, or all their colleagues, friends, and family celebrate religious holidays? They almost certainly did not. They came from a Puritan background in the 1620s and 1630s, when they emigrated from England to Massachusetts, which was a Puritan theocracy.  They founded a secular democracy (a non-religious government) in Rhode Island in 1638, and though they were dissenters to Puritanism, their culture still did not include what they would have considered pagan or Catholic-origin celebrations. In the 1640s, the Rhode Island Assembly, to which William Dyer was secretary and recorder, met on December 25 to conduct quarterly business. There was no mention of a holiday—it was just another winter day on which to conduct colonial business.

Holy-day celebrations were restored in 1660, when King Charles II was restored to the throne of Great Britain and the colonies, the Anglican church and its Book of Common Prayer were accepted once more, and soon after, Rhode Island was given its religious liberty in a new charter obtained from King Charles. Along with their permission to worship (or not) as their conscience dictated, there was a flowering of religious traditions: Anglican, Congregational, Presbyterian, Lutheran, Quaker, Baptist, Antinomian, and soon, Methodism and the many denominations of the 19th century. 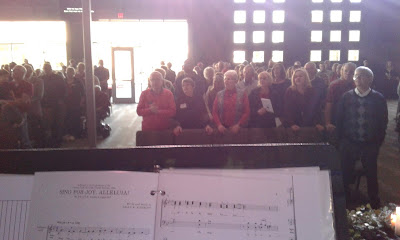 It would take many years for the stigma of paganism or Roman Catholicism to be cast off of Christmas and Easter. Even in the 1970s, when I was a teenager, my denomination, which originated in New England, frowned upon Christmas trees and decorations in churches and homes, because of pagan origins that had been adopted by other Christian denominations. We had Christmas hymns in the hymnals, and choral performances of Handel’s Messiah because of its biblical libretto, but choir anthems were few.

It’s only been in the last few decades that Christmas has been embraced by most denominations as a family occasion where the gospel can be presented to non-believers.

Whatever your traditions and beliefs are, religious or secular, I wish for you peace, joy, health, and fulfilling relationships in the year to come.


And now for a little Quaker humor in honor of Mary Barrett Dyer: 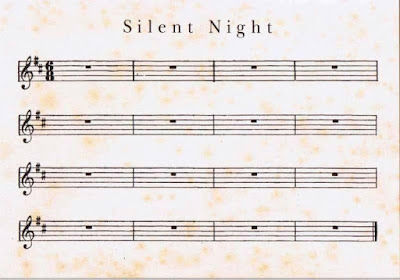 shortened link for this article: http://bit.ly/2SpKobX 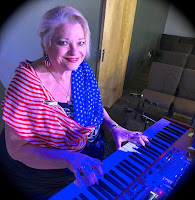 Anne Marbury (m. William Hutchinson of Alford) is the ancestor of millions of people over the last 400 years. She's also a pioneer of religious liberty in America, which makes her an honored "founding mother" to much of Western society.

Her father, Francis Marbury, was vicar of Alford's St. Wilfrid church (in northeastern Lincolnshire) in the late 1500s, and when he was silenced for his non-conforming preaching, he taught school to the boys of Alford. His daughters were educated at home, and Anne was the recipient of his teachings in justice, logic, and spiritual matters, which she carried with her in the Bible classes she led in England, on the ship Griffin in 1634, and in New England. She defended herself in two trials: the first for sedition in the autumn of 1637, and the second in March 1638 for heresy. Anne Hutchinson was the catalyst for a large group of families who left Massachusetts Bay Colony and founded a new, civil body politick (a secular government) in Rhode Island.

Two Facebook friends of mine, historian Adrian Gray, and Rev. Ros Latham, have provided photos of the church and schoolroom at Alford.


St. Wilfrid church is the center of the community in Alford, Lincolnshire, where Anne and William Hutchinson baptized their large brood of children, and where three of their children were buried. Many other Marbury and Hutchinson relatives lived and died at Alford over several generations.
Church photos by Rev. Ros Latham, Priest in Charge, Alford group of churches.

"The C16 gabled south porch is surmounted by a parvise room. [Parvise is derived from "paradise" and means the space outside and around a church, particularly a room over a church porch.]
It has moulded plinth, stepped corner buttresses, moulded parapet with pinnacles. The continuously moulded outer arch is 4 centred with moulded hood. The upper chamber is lit by single 3 light windows to the south and west, both with deep chamfered reveals. In the porch is a cambered doorway in the west wall leading to the parvise. The inner south doorway has engaged angle shafts with floriate capitals and a filleted roll moulded head, moulded hood with C19 stops. The door is contemporary with a design of panel tracery to the upper part, and an ogee headed wicket with early lock plate and latch."
Source: https://historicengland.org.uk/listing/the-list/list-entry/1063026