Writers, reporters, critics, political satirists, internet trolls, and message-bearers, be glad of your constitutional rights to free speech and the privileges of citizenship. 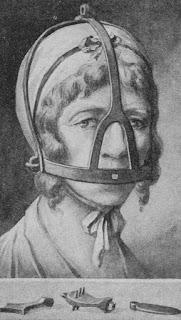 Once upon a time in 1663-1664, in New Netherland (Long Island, pre-New York), the inhabitants of Bushwick complained of having money extorted by the Dutch West Indies Company (WIC), for the rights of citizenship. They could see that the colony was slipping away from the Netherlands, to become an English possession.

This unrest, after three Anglo-Dutch naval wars in the English Channel, the Caribbean, and the East Indies, preceded the Dutch surrender of New Netherland to the English.

(Remember that William Dyer, Mary's husband, had been Commander-in-Chief-Upon-the-Seas in the 1652-54 First Anglo-Dutch War, part of which was carried out on a privateer basis in Long Island Sound.)

Jan Willemsen Van Iselsteyn, commonly called Jan of Leyden, for using abusive language and writing an insolent letter to the magistrates of Bushwick, was sentenced to be fastened to a stake near the gallows, with a bridle in his mouth, a bundle of rods under his arm, and a paper on his breast bearing the words,

Lampoon-riter
False-accuser
Defamer of Magistrates
After this ignominy he was to be banished, with costs.

On the same day, William Jansen Traphagen, of Lemgo, for being the bearer of the above insolent letter to the magistrates of Bushwick [who were employed by the WIC], as well as for using very indecent language towards them, was also sentenced to be tied to the stake, in the place of public execution, with a paper on his breast, inscribed 'Lampoon carrier.' His punishment, also, was completed with banishment and costs.  Source: A History of the City of Brooklyn: Including the Old Town and ..., Volume 2, By Henry Reed Stiles

A "lampoon" is defined as "a sharp, often virulent satire directed against an individual or institution; a work of literature, art, or the like, ridiculing severely the character or behavior of a person, society, etc." The word was relatively new, about 20-30 years old, in 1664.

The bridle sometimes had spikes on the tongue (see image with bridle attachments), and was meant to reduce its wearer to the mute state of a farm animal. New Haven Colony tied a "key" into the mouth of Humphrey Norton, a Quaker missionary, to silence him, and if you look at the implements in the foreground of the image, you see the bridle bits look like keys.

To sum it up, the WIC government of Dutch Long Island were demanding money of the citizens, perhaps by taxing them or withholding rights over money, and several people protested in writing, since they were undoubtedly aware that the Dutch rule was doomed because the English were coming in. The WIC magistrates deemed this protest sedition and squelched it by bodily punishment, banishment, and court costs. Then the English took over in September 1664.

In the 1670s, William Dyer Jr. (son of William and Mary) was the King's customs inspector for New York, and the Mayor of New York.

Jan of Leyden wasn't the only man to be "insolent," use bad language, or react violently in the Dutch colony when his rights were threatened. I had a Dutch ancestor in that town, Dirck Volkertze, who was known, more than once, to settle arguments with a knife! On the other hand, their minister, Johann Theodorus Polhemus, also my ancestor, was well-respected and faithful to his God and his flock for decades, during both Dutch and English rule.

Related story about bridles in this site: Dorothy Waugh, young Quaker woman, described her experience with the bridle in Carlisle, England. 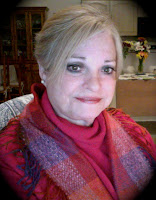