Mary Dyer was born and lived in London and may have enjoyed the Christmas season's festivities in her youth, when King James and King Charles I reigned over England and Scotland. Even for Church of England adherents, it was rather quiet and sober during the four weeks of Advent, similar to Lenten season, but after the church service on Christmas morning came the feasting. The twelve days that followed Christmas, culminating in Epiphany or Twelfth Night on January 6, were filled with revelry, gift-giving, drinking, dancing, and entertainment such as comedy or drama plays or masques. (Masques were interactive musical plays that often had a theme of humanistic heroism apart from religion.) The rigid Puritans disapproved of all such frivolous activities.

When, at age 24, Mary and her husband William moved to Puritan Massachusetts Bay Colony, there would have been no celebrations, feasts, gift-giving, decorating with greenery, or singing. Candles were expensive. Under Puritan rule, Christmas celebrations were forbidden for their origins in pagan Germanic and Norse Yule, Roman Saturnalia, the winter solstice and its free-range spirits—and Catholic mass.

The Puritans believed that the early Catholic church had sold its soul for large numbers of tithe-paying converts by placing their festivals of Christmas (winter), Easter (spring/fertility), and saints’ feast days (the six-week intervals between solstice and equinox) in conjunction with pagan astrological and seasonal dates. A fair number of modern fundamentalist Christians feel the same way. They say that Christmas was not Jesus’ birthday, and there’s no evidence that he or anyone else in the Bible celebrated birthdays.

In nearby Plymouth Colony, the celebration of Christmas Day was forbidden, and work went on as usual on December 25. On Christmas and Easter, the churches of Massachusetts often declared fasts, not feasts, wherein they examined themselves for unconfessed sin.

During the Dyers’ Rhode Island years (1638-1660), religious holidays were subdued or nonexistent. In the Records of the Colony of Rhode Island and Providence Plantations for 1652, there were General Court meetings held in Providence on December 24 and 25, with no mention made of a holiday. It was just business as usual. I suppose that Commissioner Hugh Bewitt/Buit, who was on trial for high treason (if convicted, he faced a death penalty) would remember that date for the rest of his life: Bewitt was acquitted of the charge, and released from confinement, and returned to honorable public service. There was quite a lot of business done on the 25th, according to the record.

In the early 1650s, in England, Mary became a Quaker Friend when the movement was new; there are no statements from George Fox, the founder of the movement, that they considered Christmas differently than any other day of the week or year. Keep in mind that in the 1640s, the Puritan government that had beheaded King Charles I and waged war in England, Scotland, and Ireland, had outlawed holidays like Christmas and Easter, so that when Mary Dyer was in England in the 50s, it must have been an unremarkable day to any religious group. 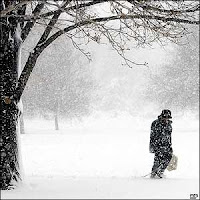 After she came back to America, the radical Puritans of Massachusetts Bay took another step to enforce the bah-humbug-on-Christmas: Gov. John Endecott and his court passed a law in 1658 that fined offenders five shillings (worth three days of a craftsman’s wages) for Christmas revels. See Jo Ann Butler's article, Christmas-A Sacrilege?

In Rhode Island, the colonists held a variety of religious beliefs and practices. The Baptist church was gaining members, but their first believers had been a part of Anne Hutchinson’s antinomian movement and probably had no Christmas traditions to long for or rebel over! By royal charter granted to Rhode Island, there was no government-established or sponsored religious denomination. The first Quakers arrived in Rhode Island less than a year before Mary returned from England. One is left to conclude that there were no Christmas celebrations during the early colonial years.

Even so, there was no lack of spiritual fervor in any of the religious groups, whether long-established or among the dozens of sects springing up in the seventeenth century. There was no doubt in their minds that Jesus had grown up, and was no longer “Baby Jesus.”

The idea that Jesus was the “Seed of Abraham” was a key belief to George Fox and the early Quakers, who quoted Galatians 3:16:
The promises were spoken to Abraham and to his seed. Scripture does not say “and to seeds,” meaning many people, but “and to your seed,” meaning one person, who is Christ.

A few verses along, in Galatians 3:29, the apostle Paul wrote,
If you belong to Christ, then you are Abraham’s seed, and heirs according to the promise. 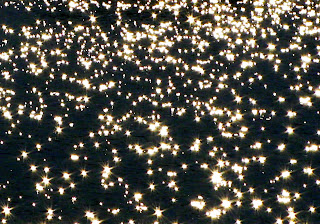 Mary Dyer, in her 1659 letter from prison to Gov. Endecott and the MassBay court, spoke of the Seed as the Friends who belonged to Christ. Because of his death on the cross, believers have inherited the promises of intimacy with God here in this world, and for eternity. For God did not send his Son into the world to condemn the world, but to save the world through him. John 3:17

And if you have that assurance, as Mary Dyer did, there is a Light, the Light of the World, that illuminates every corner and banishes the darkness.

A happy Christmas to you (from me, Christy), and may your year ahead be filled with light, love, and peace. I’m sure Mary would hope the same for you!