Puritans of the early and mid-17th century did NOT celebrate Catholic holidays or saint days like St. Valentine’s. Anathema!

But they did have an extremely strong commitment to families and a godly community, which they saw as a necessity to bring on the Second Coming of Christ. They were the Elect, the Remnant of God living in the earth’s last days. They were building the ideal "City Upon a Hill," the New Jerusalem. Puritans revered the institution of marriage.

Letters between husband and wife were tender, caring, and deeply loving, whether they were apart for a few days or separated by the Atlantic Ocean. Governor John Winthrop and his wife Margaret were separated for a year and a half while she gave birth to and nursed their latest child in Essex, and he and others established Massachusetts Bay Colony. When he left England in 1630, he made a pact with her to spend at least two times a week, Tuesdays and Fridays at 5:00 pm, thinking of each other.

New England Puritans were probably more strait-laced than those in Old England, due to their harrowing experiences and pioneering courage needed to build a new society in the harsh wilderness. They enjoyed social events, military exercises, fishing, cooking and sewing competitions, music performances, and dancing, though most dancing was segregated by gender.

Unmarried adults did not live alone--they were placed in families. In Virginia, the ratio of men to women was 4:1, and in Massachusetts about 1.5:1, so there would have been competition for single women! Nearly everyone in the early years of the colony married, and they did it for love, mutual comfort, and to establish their own households and businesses. Their marriages were not arranged, though parents of the bride and groom had to approve. 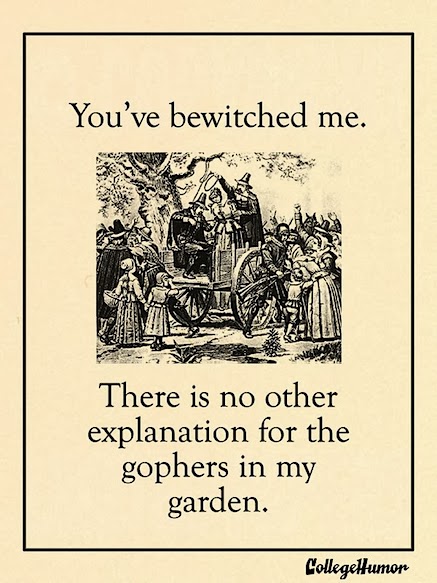 If unmarried people fornicated before marriage, which was fairly common, men and women were stripped to the waist and publicly whipped 10 stripes. Men were punished with more severity than women. More than the sin of fornication, it seems that the leaders were extremely concerned about the Christian upbringing and financial support of a resulting baby.

Adultery (where one or both partners were married to someone else) could result in execution, but if the Court was “merciful,” the offender might go the gallows and stand there with a rope around their neck, fully expecting to die, before being released.

A holdover from England that was practiced in coastal America: If a widow had property and no heir, and her neighbors were envious, she could be accused as a witch, and her possessions and land would be confiscated and "redistributed." 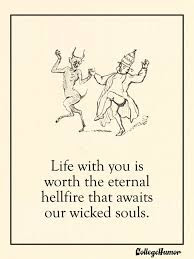 If a widower had children, he often remarried within 3-6 months for companionship, as well as to keep the household running, and to make even more children. His new wife was sometimes a young widow with children who needed a father and support. This solution reduced the community's need to provide welfare relief.

Though this "business" of marrying for financial security sounds rather crass, it also celebrated godly, married love as a choice, instead of "romantic" or superficial relationships. It was a model of Christian salvation, like Christ and the Church as a bride.

After Mary Barrett Dyer was hanged in June 1660, her widower, William Dyer, married a woman named Catherine, and they had one daughter, Elizabeth. When William died in 1677, he made provision for Catherine's dower, and left a financial settlement for Elizabeth.

When the youngest Dyer son, Charles, was widowed by the woman who'd borne him five children, he married a childless widow who was seven years older than he. She raised his youngest children, and possibly some of his grandchildren, and died at about 100 years of age on the Dyer farm in Newport where Charles had been born. This shows us that she was a cherished member of the family.

Enjoy the laughs, and have a happy Valentine's Day.

Like this article? Check out my non-fiction book on 17th-century life and times,
The Dyers of London, Boston, & Newport, by Christy K Robinson.
Nonfiction, illustrated. The research and recent discoveries behind the novels.
The Dyers is a lively nonfiction account of background color, culture, short stories, personality sketches, food, medicine, interests, recreation, cosmic events, and all the "stuff" that made up the world of William and Mary Dyer in the 1600s. More than 70 chapters, and all-new, exclusive content found nowhere else!