© 2013 Mac Griswold
This article excerpted with author's permission, from Mac Griswold’s book, The Manor: Three Centuries of a Slave Plantation on Long Island, available at Amazon.com and bookstores.


An enterprising young English merchant, Nathaniel Sylvester, and his three partners bought Shelter Island in 1651 and began to set up a provisioning plantation there to supply his partners' vast sugar holdings on Barbados with barrel staves, salt meat, and grain, which fed the hundreds of enslaved Africans laboring in the cane fields.

Two years earlier, King Charles I had lost his head on the chopping block, and one of his auditors of the Royal Exchequer, had lost his job. Four of the Brinley children were speedily dispatched to a safer place, the New World. One was Grizzell Brinley, only 15 years old, who came to Newport with her sister, Anne, who had been hastily married off to Governor William Coddington of Rhode Island. Coddington had come to England to find himself a third wife, and Anne fit the bill, even though her parents' family were both Royalists and Anglicans. For two years, Grizzell lived in Newport, absorbing the sights and sounds of that rude settlement, which got its start a decade earlier when Coddington, along with Anne Hutchinson and Mary Dyer, had been banished from Boston.

Sometime in the late winter of 1653, Nathaniel Sylvester sailed for Newport, probably from Barbados, and shipwrecked on the rocks of Conanicut Island just outside the harbor. Undeterred, he salvaged some of his goods, took the captain of the vessel to court for stealing much of the rest, and wooed Coddington's young ward, Grizzell. They married in July and sailed to Shelter Island, where Grizzell would have found much more primitive accommodations than she'd grown used to in Newport—already a step down from her parents' grand house and garden in the best part of London, Clerkenwell. Shelter Island plantation was also operated with slave labor, both African and American Indian—the sounds of many languages rang in the air.

By 1659, when Mary Dyer came for shelter to Shelter Island, the house may have been somewhat less provisional, and was certainly able to provide lodging and comfort and protection for the many Quakers preaching the Inner Light along the western edge of the Atlantic World: in Barbados and the rest of the West Indies, and all along the coast from the Carolinas to the persecuting Puritans of Boston.

Mary Dyer was as spiritually driven and intellectually active as her friend and mentor, Anne Hutchinson. Her contemporaries repeatedly described her as “comely,” an adjective that then connoted feminine beauty and modesty matched by moral grace. Winthrop, for example, recalled her as “a very proper and comely young woman,” as if to underscore his astonishment that this paragon could commit the transgressions for which she had been banished. Gerard Croese, a Dutch minister, later praised Dyer as a “person of no mean extract and parentage, of an estate pretty plentiful, of a comely stature and countenance, of a piercing knowledge in many things, of a wonderful sweet and pleasant discourse, so fit for great affairs, that she wanted nothing that was manly, except only the name and the sex.”

With the rest of the Boston outcasts, Dyer moved to Rhode Island and lived there for a decade. In the early 1650s, shortly after the birth of a sixth child, she left her husband, William Dyer, and their children for England. When she returned to Boston in February 1657 as a Quaker, the authorities arrested her. William secured her release on payment of a £100 bond and the promise that she would not return to Massachusetts, on pain of death. But Dyer soon reappeared in Boston to hurl herself against the colony’s 1658 capital law. Quickly imprisoned, she was sentenced to be hanged with two younger Friends, Marmaduke Stevenson and William Robinson. Quakers from all over New England converged on Boston; one woman brought winding sheets for the martyrs’ corpses.

On October 27, armed soldiers surrounded the three as they walked a mile to the scaffold. They went “hand in hand, all three of them, as to a Wedding Day,” Dyer in the middle. Onlookers said that their faces shone with joy. By official command, military drums rolled incessantly, so that only those closest to the gallows could hear the heretics’ last words. Robinson and Stevenson rejoiced that they would be at rest with the Lord; Dyer spoke of the “sweet incomings and refreshings of the Spirit.” Robinson stepped up to the platform; the hangman adjusted the noose, and after he pulled the ladder away, Robinson’s body jerked, writhed, and was still. Then came Stevenson’s turn. Having watched her companions perish, Dyer ascended. Her face was covered with a handkerchief, her arms and feet bound. Theatrically, improbably, a long pause followed. The hangman took off Dyer’s blindfold. Unmoving, and seemingly unmoved, she continued to stand with the halter around her neck. She had to be forcibly escorted from the platform, even after hearing that the magistrates had reprieved her. Unbeknownst to Dyer, they had granted this pardon some days before but kept the news secret in order to pull off the grisly charade. Perhaps the magistrates feared that hanging a woman would increase sympathy for the Quakers; perhaps they wished to look magnanimous. Dyer was banished again, set on a horse, and escorted to the Rhode Island border. Another return to Massachusetts, she was informed, would result in her execution. She made her way home, but she didn’t stay there for long.

[In November 1659, Mary Dyer sailed to the eastern tip of Long Island, which encloses a smaller island called Shelter Island. Nathaniel Sylvester had sheltered several Quaker missionaries well-known to Mary Dyer. When Mary arrived, Nathaniel and Grizzell Sylvester (he was 49, she was 23) had two small children, a farm that supplied food and other products for the Barbados plantation, and several Quaker guests, including Lawrence and Cassandra Southwick.]

Shortly before the Quaker missionary John Taylor left Shelter Island in late 1659, Mary Dyer arrived. Taylor found Dyer, then in her late forties, to be still “a very Comely Woman,” as well as “a Grave Matron” who “ever shined in the Image of God,” and the two led several meetings together. By the end of the following April she decided to return to Boston, to burn as a candle for the Lord, traveling north through Providence to avoid visiting her husband and children.

The six months or so that Dyer spent with the Sylvesters may have been the happiest, most dedicated, least fractured time of her life. Her actions embodied her faith; all the rest of life’s concerns had burned away.

Perhaps Nathaniel and Grizzell Sylvester helped her into a boat, prayed with her and waved goodbye, then watched her disappear over the rim of the bay. They could have had no doubt that she was voluntarily, knowingly, headed for death. By late May she was back in Boston’s jail. On June 1, 1660, Dyer mounted the scaffold. As her body dangled from the noose, her skirt quivered in the breeze. What a bystander scoffingly said at that sight would eventually stand as Mary Dyer’s truth: “She did hang as a Flag for them to take example by.” 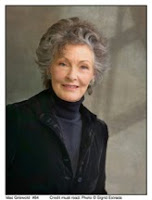 Mac Griswold is a cultural landscape historian and the author of Washington’s Gardens at Mount Vernon and The Golden Age of American Gardens. She has won a Guggenheim Fellowship and has written for The New York Times, The Wall Street Journal, and Travel + Leisure. She lives in Sag Harbor, New York.

See also, Mary Dyer at Shelter Island: She ever shined in the image of God by Johan Winsser
New York Times article on Sylvester Manor