Over the years that I’ve been researching the circumstances of Mary Dyer’s life, I’ve read articles and fielded questions in the Dyer website, wondering what kind of mother would leave her six children motherless in Rhode Island, and run off to England for five years? Why did Mary abandon her children for so long? Was she that selfish?

We have no record of her thoughts about her family. No journal. No letters between wife and husband, or mother and children. But we do have some hints from her husband William Dyer, in his letters to the General Court at Boston. There are English customs that have been forgotten in the intervening centuries. There was a war going on, on both sides of the Atlantic.

Between 1633 and 1650, Mary bore eight babies that we know of, though it’s possible she miscarried during the years between the babies that lived. She spent 19 years of her young adult life, bearing and raising babies.

Fosterage was a British custom from at least 500BC, when the Celts invaded the island. In the Celtic culture, people exchanged five- or six-year-old children for relatives’ or nobles’ children, in order to teach moral, religious, and societal values with less possibility of spoiling their heirs. The children were reared and educated with the greatest love and respect, as well as discipline. This strengthened clan alliances and often, children were raised together, knowing they’d be married at puberty. When the Saxons invaded the islands, they brought similar customs of fosterage, and it was well-known among the Normans, who would send their boys to the guilds, knights, or the Church to be trained as squires, cavalry, infantry, farmers, clerks, or monks or priests. The girls learned the necessary skills of administering estates, nursing, midwifery, seamstressing, and many other roles. Later, as professional guilds evolved, boys of 12 or 14 were apprenticed from seven to nine years to a trade or profession, and girls were given to convents or to other families to be trained. Finally, from the English Reformation and well through the 18th century, when infant and child mortality were very high, parents were told not to love children too dearly so they wouldn’t be so broken when a child died of illness or injury, and they farmed children out to learn skills without the interference of doting, spoiling parents.

William Dyer served nine years as an apprentice in London, 125 miles from his parents’ home. We don’t know Mary’s background, but she was well-educated, and was a skilled writer when most women could read a little but not write, and not even every man could write. It’s possible that Mary had a private tutor, or she was encouraged by a foster parent.

So you see, putting your children in fosterage was not abandoning them. It was done with the best of intentions, and indeed love, to ensure their future as useful members of society.

When Mary left Rhode Island for England in early 1652, she almost surely did not expect to stay there for five years! War and God's call changed her trajectory.

Samuel (the Dyer’s eldest and the heir) would have been 16 and well into his training. Because he married Edward Hutchinson’s daughter Anne in 1660, my guess was that he trained with Edward. William (the younger), about 11 when his mother sailed, wrote that he’d trained on a ship from an early age (probably 12 or 14), but he also had some financial and royal-court influence behind him to later obtain an appointment as a royal customs inspector, so he was probably fostered or sponsored with someone well-placed in English society. Maher was 9, and Henry and Mary (unknown birth dates but presumed from later life events) were about 5 and 4. Charles was a weaned toddler when Mary left Rhode Island.

Something else that is never mentioned: the Anglo-Dutch War of 1652-53 had begun after Mary went to England. Though the official battles took place in the eastern English Channel shores, the trade war was being fought by privateers in the Caribbean and to a smaller extent, the Dutch territories in what is now New York. The coves of England from the Thames estuary to Hastings to the Lizard of Cornwall housed Dutch pirates who would venture forth and assault English ships in the channel. William Dyer was commissioned as Commander-in-Chief Upon the Seas for New England, and there was very real danger of piracy, privateering (government-regulated piracy), and other mayhem on America’s shores from the Carolinas to Nova Scotia. In 1654, a ship of refugees left Recife, Brazil, heading to Manhattan, but they were kidnapped by pirates and taken to the Canary Islands (off Africa) and when released after paying ransom, they were pirated again by a French ship, which sailed them to their destination and demanded another ransom to release them.

It seems that even if Mary Dyer had intended to sail back to America within a year or two, it would have been at huge risk of life and limb. She was better off in England, and obviously, her four youngest children were cared for either by William (who was often out of town on legal or government business), or by foster parents. In my biographical novels, I called it for Anne Hutchinson’s sister Katherine Marbury Scott, who was Mary’s age, wealthy, lived in nearby Providence, and who had young children of her own. But it could have been any one of scores of families in Rhode Island or Massachusetts. Surely there would have been letters between parents and children, and foster parents to parents.

When Mary did go back to America, she sailed from Bristol with another Quaker woman whom she’d known two decades before in Boston. They left at about New Year, in 1657, and sailed well north of the risky, pirate-ridden Caribbean for eight to ten weeks—but the sea ice and severe storms of the worst years of the Little Ice Age drove them right past Cape Cod and down the coast to Barbados, where there were Quakers with whom they could take refuge. Finally, the worst winter storms abating, they left Barbados and arrived in Boston Harbor in the third week of March. They were promptly arrested and imprisoned until her husband learned of it and rescued Mary. Over the next three years, we only know of a few short periods where she appears outside of Rhode Island, with the Quakers, so she must have been at home most of the time, caring for the younger children, Maher, Henry, Mary, and Charles.

Now about William’s hints about Mary. From his letters to the hostile Boston court in 1659 and 1660, he mentions Mary with tenderness and bewilderment that she would choose death for her principles, over safety with her husband and children. He implores them with tears (he says) not to deprive his children of their mother. And he’s angry with Endecott, Bellingham, Bradstreet, and others at the harsh treatment of Mary:
“Had you no commiseration of a tender soul that being wett to the skin, you cause her to thrust into a room whereon was nothing to sitt or lye down upon but dust .. had your dogg been wett you would have offered it the liberty of a chimney corner to dry itself, or had your hoggs been pend in a sty, you would have offered them some dry straw, or else you would have wanted mercy to your beast, but alas Christians now with you are used worse [than] hoggs or doggs ... oh merciless cruelties… I have written thus plainly to you, being exceedingly sensible of the unjust molestations and detaining of my deare yokefellow, mine and my familyes want of her will crye loud in yo' eares together with her sufferings of your part but I questions not mercy favor and comfort from the most high of her owne soule, that at present my self and family bea by you deprived of the comfort and refreshment we might have enjoyed by her [presence].”

In May 1660, William wrote:
“… extend your mercy and favor once again to me and my children…. yourselves have been and are or may be husbands to wife or wives, so am I: yea to one most dearly beloved: oh do not you deprive me of her, but I pray give her me once again and I shall be so much obliged for ever, that I shall endeavor continually to utter my thanks and render you Love and Honor most renowned. Pity me, I beg it with tears…”

If Mary had been a bad wife or mother, or had abandoned her family to run off and “find herself,” William Dyer would not have begged for her life, or submitted to Boston’s authorities in tears. I suspect that when Mary spent that last winter at Shelter Island, William arranged it so she could be safe and it would be difficult for her to go back to Boston as she felt compelled by God to do. William had had dealings with Nathaniel Sylvester, the owner of Shelter Island, whose wife was the sister of Governor Coddington’s young wife. 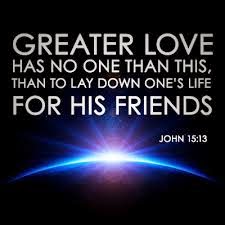 But, you say, at the end, she left her six children to go to an unnecessary death. She chose to make a political statement rather than raise her children to maturity.  However, in the Quaker mindset, they were leaving their families in better than human hands--they went out into the world as God's call moved them, knowing that God would be a better Parent and provide for them through the fellowship of believers. They believed that they must be willing to leave "father, mother, brothers and sisters" --and children if necessary-- to take up the Cross. "He that loveth father or mother more than me, is not worthy of me. And he that loveth son, or daughter more than me, is not worthy of me." Matthew 10:37 Geneva Bible. The Geneva Bible was the version that Puritans studied and memorized, rather than the King James Version of 1611.

When Mary accomplished the mission she believed God called her to do, supporting the persecuted and imprisoned who were there to testify of God’s revelations to them, and giving her life to shock the theocratic government and its people, she exhibited a love for all people, even those she didn’t know. Her sacrifice gave life and liberty to countless millions of people since.

And whether or not she is your ancestor by DNA, she is your mother by virtue of her gift of selfless love. You have liberty of conscience. You have the freedom to practice and believe what you think is best, without interference or control of a government. In that sense, Mary Dyer is a mother to all of us.

Christy K Robinson is author of two biographical novels on William and Mary Dyer, and a collection of her nonfiction research on the Dyers. In 1660, Mary Dyer was hanged for her civil disobedience over religious freedom, and her husband’s and friends’ efforts in that human right became a model for the United States Constitution’s Bill of Rights 130 years later. The books (and Kindle versions) are available on Amazon.
And if you'd like to own or give an art-quality print of Mary Dyer's handwriting, her letter to the General Court of Massachusetts, CLICK HERE.
Posted by Christy K Robinson