Are you a descendant of William and Mary Dyer?


Beware the genealogy sites: there are many false (and funny) notions out there

© 2014 Christy K Robinson
Click on the highlighted words or phrases to open a new tab about that subject.

Genealogy websites are only as good as the information that people paste into them. Sometimes data is put there by professional genealogists and historical researchers, but more often, it's a stone soup of copy-pastes from other genealogy and Wiki pages that also have it wrong.

Many people who research their ancestry look at only the member of a family who is their direct ancestor. If they’re professional genealogists or historians, they like to see a family record. And before I wrote my three books on Mary and William Dyer, I had to know what happened to their children, who their associates were, and their children, where they were born, what properties they owned, who they married, their professions, their religious and political affiliations…

The place to start is not necessarily with names in the past (start with the grandparents you know and work backward one step at a time). Certainly you would not start with a famous name that you’d like to have for an ancestor, but can’t prove! For instance, though my mother was a kick-butt ancestry researcher in the 1960s through 1980s (without internet, obviously), and she maxed out Personal Ancestral File v.1.0 in 1985 and had to call the techies in Salt Lake City to increase the memory, she made a few mistakes in equating a name and a locality with “how it must have been.” Later, better, more complete records have since corrected the data, but alas, I can’t claim those certain people as my ancestors. I can’t bend the facts to fit my known ancestors just because they have the right surname in the right city. Someday, I might find the missing link, but for now, I have to stop with what is known. It's very difficult to do that when you're *this close.* 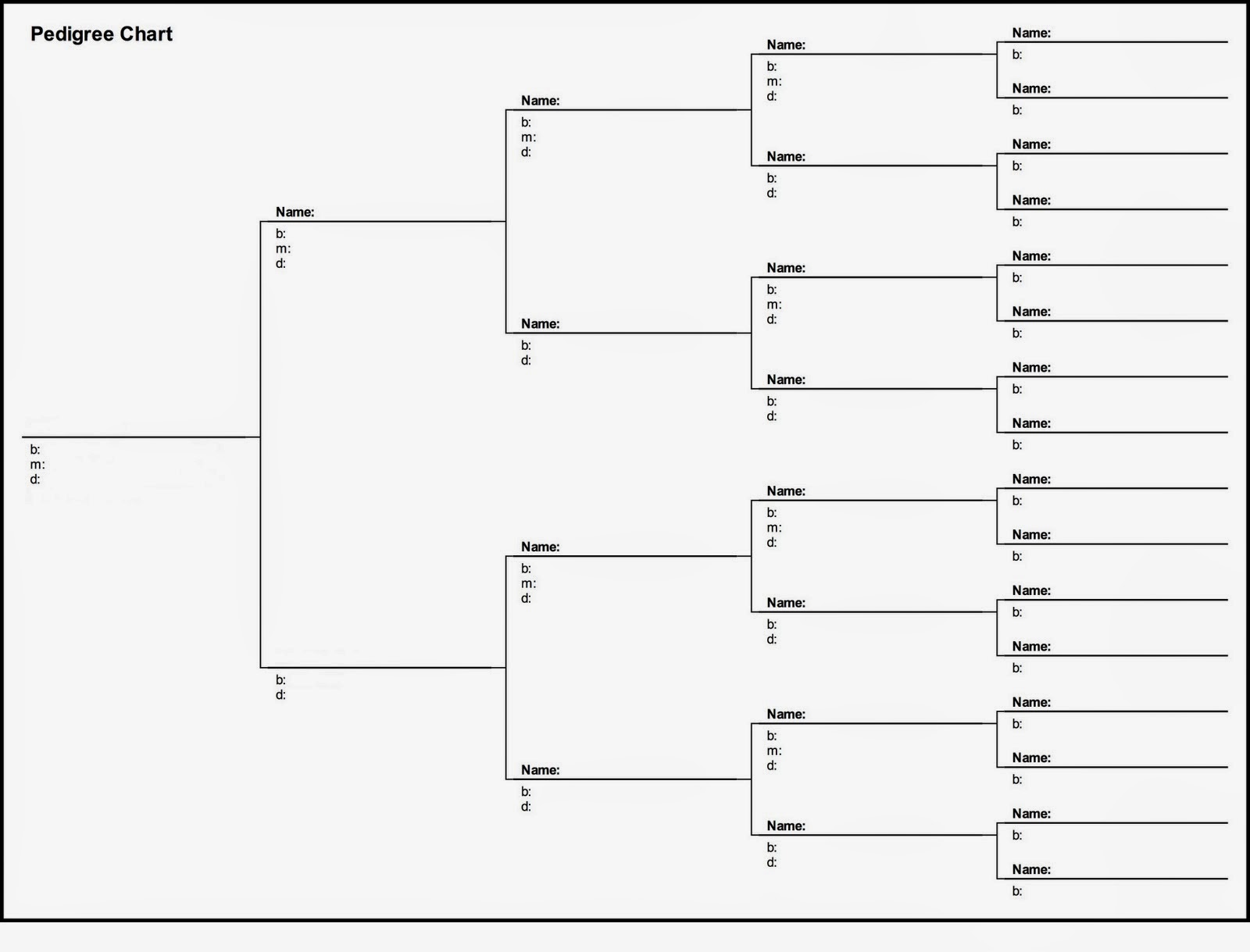 There were hundreds or even thousands of Dyers in England in the 1600s before the Great Migration to colonial America. It would be silly to think they were all siblings or close cousins. The origin of the Dyer name was probably wool dying, and when surnames came into more frequent use in medieval times, that industry took place in several places around the country. Here a Dyer, there a Dyer. As our William Dyer the Elder spelled it, Dyre, or Mary Barrett Dyer spelled it, Dire, it might have meant fear, trouble, or calamity. Most people of the 17th century spelled phonetically because there was no dictionary standard as there is today.

Another truth about names is that the custom, over thousands of years and countless cultures, was to name children after parents and grandparents. In the space of a hundred years, you could have five Williams—or more! If a baby or child died, parents would name subsequent children that same name. That’s what the Dyers did. Their first baby, born in 1634, died after being christened William, and they used the name again a few years later.

Mary and William emigrated to Boston, and their next child was born in October 1635, named Samuel. Two years later, in October, the anencephalic girl, called Mary’s “monster,” was stillborn. She had no name because they didn’t christen or baptize the dead. (Yet some websites omit the stillborn girl, and call her Mary, which would make Mary Jr. an old maid, age 28, at her marriage to Henry Ward!) 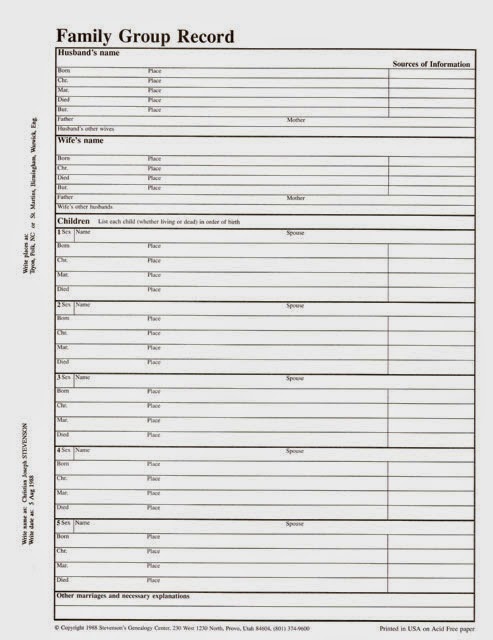 The Dyers’ fourth child was William—again. Based on events of his parents’ co-founding of Portsmouth and Newport, Rhode Island, and of his later life, it’s very probable that William Jr. was born in the fall of 1640. (Several of his siblings were born late in the year, so it’s reasonable to guess this about William Jr. also.) When he carried the previously-agreed-upon reprieve to his mother’s execution site, he was still just a teenager. He wrote, in his thirties, that he had been at sea for more than 20 years.

Mary gave birth to eight children (William the infant, Samuel, stillborn girl, William Jr., Maher, Henry, Mary, and Charles), and she may have had miscarriages that were never recorded. I’ve seen recent statistics that even in the 21st century, up to 40 percent of embryos will spontaneously miscarry because of defects—imagine what it might have been like 370 years ago! Further, one must consider that the mothers were nursing babies for a year or two, and lactation sometimes suppresses fertility.

After Samuel and the anencephalic girl who were born in Boston, and the parents moved to Rhode Island in 1638, there are no birth records or baptisms for Dyer children. There are two reasons for this: the vital records of Newport were lost at the bottom of New York harbor in the Revolutionary War, and/or the Dyers, like the Baptists and Antinomians of Rhode Island, didn’t baptize infants or children, but would have waited for them to reach an age of accountability when they could make their own decisions about eternal salvation.

The other Dyer children can be approximately dated by subsequent life events. Maher was probably born in the fall of 1643, because he’s named after the terrible deaths of Anne Hutchinson and her younger children. Henry Dyer was born about 1647, Mary about 1648, and Charles in 1650. The birth and weaning of Charles meant that Mary Dyer couldn’t have sailed to England in 1650, as some websites have written. There’s a 1652 letter from Governor William Coddington to John Winthrop Jr. that says Mary had sailed on the “first ship.”

And I read that King Charles II, who wasn’t even born until 1630, made Massachusetts land grants to the Dyers in 1636—but in reality, the land grants were made for financial and service considerations by the colonial governor and assistants under their charter. Their corporation bought the land in their "patent" or charter, so they were the ones who granted deeds. People will put anything they like in genealogy pages, and other people come along and trust that the poster has diligently done their research.

I've read Mary Dyer's handwriting for myself, and learned that her words and the words of the letters we read in history and genealogy sites are not the same—her words were rewritten in London, after her death.

So before you jump to a conclusion, you have to know life spans of your people, in birth, death, marriages, and children. You have to be realistic about travel times and modes of transport, climate, pirate or criminal threats, pregnancies, newborns and nursing babies, ongoing international politics and conflicts or wars. You have to look at maps, for goodness' sake. One website says that the Dyers were married at a church in Leicestershire. Excuse me, that would be in London, 100 miles to the south!

I’ve studied the family of Sir Henry Vane the Younger, after whom I believe Henry Dyer was named because there aren’t Henrys (that we know of) in the Dyer relatives. Vane named a daughter Mary, which was not a family name among his or his wife’s relatives. Katherine Marbury Scott, Anne Hutchinson’s younger sister, had no Marys in her relatives, so I think she named her daughter after Mary Dyer, too.

After Mary Dyer was executed on June 1, 1660 (one website called it May 32, 1660—think about that), her husband William married a woman named Catherine in about 1661, and they had one daughter, Elizabeth, in 1661 or 62. I’ve actually seen a website that wrote that Elizabeth was Mary and William’s daughter, born two years after Mary Dyer died.

Elsewhere in this blog, I’ve written that people have confused William Dyer Sr. with a Puritan minister of the same name in London, who was born 23 years too late to be our man.

And there’s the persistent myth that Mary Dyer was the daughter of Arbella Stuart and William Seymour—but if you plot out the events from Arbella’s biography based on her letters and papers, you’d see that the timing of who was where and when (never mind the fantastic illogic) proves that there was never a Stuart-Seymour child.

Timelines, people! Do the math. Use your logic. Put it in context. “If it doesn’t fit—you must quit!” (to paraphrase from an infamous trial of the 1990s).

If you’d like to see the research that does not repeat the mistakes, legends, and hyperbole of the Victorian era (as immortalized in the books of Horatio Rogers and Ruth Plimpton), you need to read the nonfiction book, The Dyers of London, Boston, & Newport. It’s written in short chapters and sorted by topics (Mary Dyer, William Dyer, their associates/friends/enemies, the culture they lived in, and cosmic events). The accounts of the early Quaker historians are balanced or supplemented by discoveries in New England colonial annals, archives of the British Library, the Massachusetts Archive and State Library, Winthrop journal and papers, scores of out-of-print books, and a considerable bookshelf full of recent research.

To read it in an in-depth story-telling style, read both novels: Mary Dyer Illuminated; and Mary Dyer: For Such a Time as This. Readers say that these are not light, fluffy stories. They're meaty. They're chewy. They use easy language, but require some thinking. And you'll remember them for a very long time. There’s even a timeline at the end of the second book that resolves the lives and events of the Dyer family through the end of the first generation.

Knowing what happened to the Dyers and what made them who they were, and knowing how they met and overcame those challenges, will change you whether or not you're the recipient of their DNA. You'll see how they were among the foundation stones that built America.

"It is not the glorious battlements, the painted windows,
the crouching gargoyles that support a building,
but the stones that lie unseen in or upon the earth.
It is often those who are despised and trampled on
that bear up the weight of a whole nation."