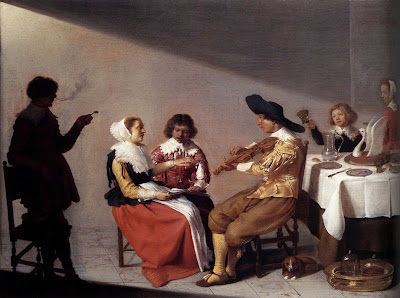 I've started a Thou-Tube (oops, I mean YouTube) playlist of 17th-century music. Most of the music, except for the Henry Purcell pieces, was composed and played during the first half of the 17th century, during the lifetimes of William and Mary Dyer, and Anne and William Hutchinson.

I used "Sing Care Away" on p. 276 of Mary Dyer Illuminated, having found the lyrics in a website on ballads of the era. It was also available on YouTube for a while, but is no longer available.

So turn up the external speakers, set the playlist to "play all," and do some housework, read this blog's 110+ archived articles in another tab, or relax with a book about the Dyers.

Here's the link to the playlist: https://www.youtube.com/playlist?list=PLbJLH1i37JVDU-omkR_K0fi5isOYmesWx
Posted by Christy K Robinson