If you think keeping track of the changes on and off Daylight Savings Time are difficult, you should take a moment to thank historical authors for figuring out the date of historical events from notes that say "26th of ye 8 moth 59" (26 October 1659). And you thought October was the 10th month.

Well, October has been the 10th month in the British Empire, including the American colonies, since 1752. But before then, the countries of the empire, including the American colonies, did business by the Julian Calendar, which started on March 25 (New Year's Day). If they celebrated with gift-giving in midwinter, it wasn't at Christmas, but traditionally at the January 1 other new year.

It's interesting that when William Dyer, the first Recorder, first Secretary of State, and first Attorney General of Rhode Island, wrote dates on documents, he did so in the conservative Puritan convention on the Portsmouth Compact, a religious document: "The 7th Day of the First Month, 1638" [7 March 1638], and on a letter to the Boston Puritan theocratic court to try to save Mary, he wrote "27th of 3rd 1660" [27 May 1660]. On Rhode Island documents, however, he wrote this way: "this present XX day of December Ano Domy 1644" [20 December 1644]. William Dyer knew his audience and communicated appropriately.

Wikipedia explains the calendar and its change in this way:


The Julian calendar, proposed by Julius Caesar in 46 BC, was a reform of the Roman calendar. It took effect on 1 January 45 BC by edict. It was the predominant calendar in the Roman world, most of Europe, and in European settlements in the Americas and elsewhere, until it was refined and gradually replaced by the Gregorian calendar, promulgated in 1582 by Pope Gregory XIII.

The Gregorian calendar was decreed in 1582 by the papal bull Inter gravissimas by Pope Gregory XIII, to correct a divergence in the canonical date of the [northern] spring equinox from observed reality (due to an error in the Julian system) that affected the calculation of the date of Easter. Although Gregory's reform was enacted in the most solemn of forms available to the Church, the bull had no authority beyond the Catholic Church and the Papal States. The changes he was proposing were changes to the civil calendar, over which he had no formal authority. They required adoption by the civil authorities in each country to have legal effect.
The bull became the canon law of the Catholic Church in 1582, but it was not recognised by Protestant churches, Eastern Orthodox Churches, and a few others. Consequently, the days on which Easter and related holidays were celebrated by different Christian churches again diverged.

In addition to moving New Year back to January 1, the New Style calendar (the Gregorian) subtracted 11 days to account for the earth's 365.25-day trip around the sun that had wreaked havoc with planning religious holidays like Lent, Easter, and Pentecost. Not only was it as confusing and as contentious to the people of the British empire as a Brexit from the European Union, the Old Style/New Style calendar change still confuses historians, authors, and genealogy hobbyists today. If a baby was born on 7th of 1st month 1644/45, which date will you convert to in your ancestry records?
a.) January 7, 1644
b.) January 7, 1645
c.) March 7, 1644
d.) March 7, 1645

The answer is D, even though March 7 precedes New Year. Seems crazy, right? But it helps explain why your 9th great-grandparent has several dates listed by other descendants.

In the Roman Catholic liturgical calendar, March 25 is Lady Day (as in "our Lady" or Mary the mother of Jesus) or Feast of the Anunciation, the announcement by the angel that Mary would be the mother of the promised Messiah. Anunciation is nine months, the length of a pregnancy, before Christmas Day. Almost everyone, including the papacy, agrees that December 25 is a manmade holiday, not the actual birthday of Jesus.

In some cultures, New Year was April 1, and tied up with April Fools' Day origins. But for business and legal purposes for several centuries, March 25 was designated.

Aren't you glad we've standardized most calendars across the globe?

Good luck with your New Year resolutions. I only hope you've recovered from that whole "spring forward" thing on Daylight Savings Time! 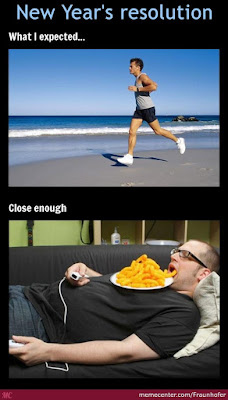