Oooh, hate when that happens... 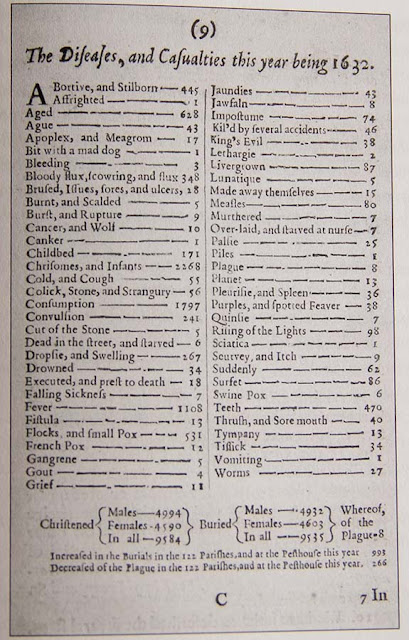 © Christy K. Robinson
William Dyer and Mary Barrett lived in London/Westminster before they married in 1633. This is a London epidemiological table from 1632. This list was compiled by John Graunt, but his data came from "ancient matrons" who examined the bodies and interviewed the families of the dead.

Most of the ancient matrons were respected midwives licensed by the Church of England, who had much more knowledge of the human body than did physicians. Midwives were allowed to deliver babies in the normal, vaginal method, but were forbidden by law to insert their hands into the woman to reposition a baby or to determine if it was a breech birth, because only a physician could do that. Some midwives, like Anne Marbury Hutchinson, were skilled herbalists whose knowledge was gained by generations of mother-to-daughter tuition. On the other hand, physicians used remedies that contained toxic substances like quicksilver/mercury.

Medical doctors had university theological training about the body, but no medical school. If their patients were lucky, they had some observation and hands-on training from chirurgeons (surgeons). During witch hunts, both male and female healers were accused, imprisoned, and executed for their profession, because successful treatments may have been aided by the devil's intervention.

In this table (which you can enlarge by clicking on it), notice that 470 people died because of "teeth." One explanation might be infants who died before they teethed for the first time. But a PubMed medical abstract says,


Deaths from dental abscesses today are so rare, that it is difficult to fathom that only 200 years ago, this was a leading cause of death. When the London (England) Bills of Mortality began listing the causes of death in the early 1600's, "teeth" were continually listed as the fifth or sixth leading cause of death. (This does not include the category of "teething" which was probably erroneously blamed for many children's deaths. As we examine several historic factors of this period, it is apparent that the number of deaths attributed to "teeth" in the seventeenth and eighteenth centuries was probably fairly accurate, and it was not antibiotics, nor the discovery of asepsis, that brought about the dramatic reduction in these dental mortalities, but two much earlier dental innovations.) 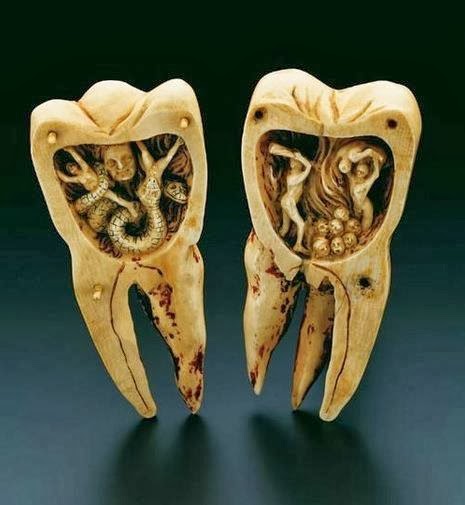 History.com says of Graunt's tables, 'A malady described as “teeth and worms” took another significant toll, carrying off 14,236 inhabitants over a 20-year period.'
Also, see The Chirurgeon's Apprentice article, "The Battle of the Tooth Worm."

"Crisome" is an infant dying within its first month. The Dyers' first son William, born in October 1634, lived long enough to be christened, but was buried on the third day after birth.

"Rising of the Lights" means lung disease, probably due to coal-smoke air pollution.

"French Pox" and doubtless some of the other mortality would be considered sexually-transmitted disease.

“King’s evil” were scrofula/tuberculosis sores (from the belief that the king's touch would heal the lesions).

Death by "Planet" is explained (sort of) in a 1900 book, Scottish Notes and Queries, by John Malcolm Bulloch:

In this return, "Planet" is given as the cause of the death of thirteen persons. This term, or "Planet-strucken," from a former quotation we have made, appears to have been approved by Graunt. It must be understood, we believe, more in an astrological sense than as bearing any relationship to sunstroke.
It formed the subject of a query, addressed to The British Apollo about 1708.
"Query. — Reading the last weekly Bill of Mortality, I saw one among the casualties planet-struck. I desire you would tell me the cause of this accident, and after what manner it affects the sufferers."
"Answer.—There is really no such thing; but the searchers, those ignorant old women, give it in so when they fancy the cause of death ariseth from a blast: which, were it so, that is -not from any planet, but a malignant air, and rarely, if ever, does that terminate in death. The truth is when those women know not what to make of a distemper, they give it in by some mysterious name, never known to the physicians."