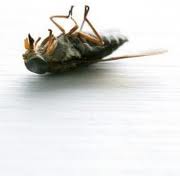 I was googling some background detail for the novel I wrote on William and Mary Barrett Dyer, when I landed on a Wikipedia page for Rhode Island’s attorneys general. It wasn’t the page I needed, but out of affection for my 12th-generation ancestor, I stopped for a moment to read William Dyer’s worthy name—which wasn’t there! It had been replaced with a dirty word.

Many historians and genealogists are understandably leery of Wikipedia because it can be edited by anyone with a free account. While Wikipedia has fantastic resources (I like to look up the references at the bottom of articles), mistakes are also perpetuated there. Students using Wiki as a primary source repeat the mistakes and myths in their papers. Teachers sometimes make the mistake of going there for an easy explanation to complex questions. Hobby genealogists, not knowing differently, accept those words as gospel—and suddenly, it's a source in Ancestry! Some of my author colleagues have given up trying to correct errors after having their articles or sections re-edited by passionate but clueless Wiki account holders who have read something in a novel that seems to make sense, then have changed the Wikipedia page to reflect the fiction. They get into editing wars* about their favorite historical figures. This drives the historians and researchers crazy!

I asked a friend in Facebook's history group to help repair the calumny—a slander!—perpetrated on the good name of William Dyer. He was the Rhode Island colony’s first attorney general, for two terms from May 1650 until 1652. On the Wiki page, instead of his name and city being at the top of the list of attorneys general of Rhode Island, I found this:
Attorney General under the Patent of 1643
William Sackmuncher, of Down Under
May 1650 - 1651

What? Excuse me? If you understand urban slang, that’s a terrible thing to say about anyone. It’s slander. Some vandal with a juvenile sense of humor slandered a remarkable man who was buried in 1677. If someone had said that about William Dyer in his time, the liar would have been heavily fined for the act itself and assessed any damages incurred, and imprisoned for rebellion against an officer of the court.

The Wikipedia page is repaired thanks to friends with Wiki coding skills, and now it hyperlinks to the William Dyer biography page. Let’s hope vandals don’t get an email notification that their graffiti has been edited.

This is the statute enacted when William Dyer was the first Secretary and General Recorder for Rhode Island, prior to his terms as Attorney General. He actually was responsible for transcribing the law (quill and ink on parchment) and filing it in a box with four locks (keys kept in the four main towns of Rhode Island), in a room to which he had a key.

Made and agreed upon at the Generall Court of Election, held at Portsmouth, in Rhode Island, the 19, 20, 21 of May, Anno. 1647, for the Colonie and province of Providence.

Slaunder.
Forasmuch as a good name is better than precious ointment [Ecclesiastes 7:1], and Slaunderers are worser than dead flies to corrupt and alter the savour thereof [Ecclesiastes 10:1], it is agreed, by this present Assembly, to prohibitt the raysing or spreading of false reports, Slaunderers and Libells throwout the whole Colonie; and we further declare that the partie offended or grieved by such False reports, Slaunders, and Libells as hereafter followeth, may bring his action of slaunder against the reporter and speaker thereof, in case upon demand he reaveale not the author, but if revealed, then against the Author, and shall recover sufficient damages. The cases actionable are these; for a man to say eyther by word or writing, and yet not able to prove it, that another is a Traytor, a Felon ["sackmunching," which would have been considered a homosexual activity at that time, carried a death penalty with no appeal], a Thiefe, a Cutt-purse, or hath stole something; a perjured person, or hath forsworn himselfe in any man’s case; a Bankrupt, a Cheater, or one that lives by cheating; to call and be not able to prove it, an unmarried woman a whore; a young man unmarried, a whoremaster; to say a young man keepeth a House of Bawdery; or that a Tradesman maketh nothing but bad wares; or that a Merchant or shop-keeper hath nothing but rotten, bad and unsound wares in his house or shopp, or to speak any thing in the disparagement of a Man’s goods that he putts to sale whereby he may be damnified.

In May 1666, William Dyer, former attorney general and solicitor general, sued former Gov. William Coddington, his neighbor, for killing one of his mares, and lost the suit. Then he sued Coddington for "uttering words of contumacy" (stubborn refusal to obey or comply with authority, especially a court order or summons) and lost again.


___________________
*Speaking of editing wars, one segment of American politics has decided that news and information that is in disagreement with their own agenda and ideology has created an online encyclopedia for historical revisionists called Conservapedia. They play content-editing war games in Wikipedia.
_________________________

Christy K Robinson is author of two biographical novels on William and Mary Dyer, and a collection of her nonfiction research on the Dyers. In 1660, Mary Dyer was hanged for her civil disobedience over religious freedom, and her husband’s and friends’ efforts in that human right became a model for the United States Constitution’s Bill of Rights 130 years later. The books (and Kindle versions) are available on Amazon.

And if you'd like to own or give an art-quality print of Mary Dyer's or William Dyer's handwriting, their letters to the General Court of Massachusetts, CLICK HERE.
Posted by Christy K Robinson