The Ghost of Mary Dyer

The Founding Fanatics
The Ghost of Mary Dyer 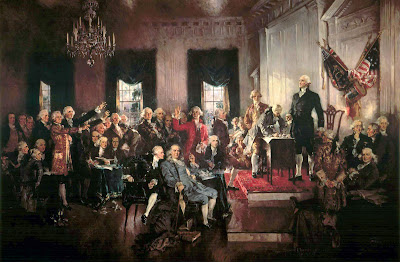 Although we regularly hear people (commentators, politicians, citizens) refer with pride to our Founding Fathers, it’s unclear whether they’re familiar with the relevant dates. Because if they had done the arithmetic, they surely would’ve noticed that every one of these illustrious “founders” had been born more than a century after this country was already formed.

Technically, these men didn’t “found” us. What they did was engineer our independence from England and invent our federal government, two magnificent achievements that set us on the successful course we’ve followed ever since. But let’s be clear: This country’s ethos—its customs, social rituals, religious beliefs, rural economy, national character—had been in place for a 150 years (that’s six generations) before Jefferson, Madison, et al, ever hung out their shingles.

We were taught in school that the Pilgrims came to America in order to practice “religious freedom.” While that statement is more or less accurate, what they fail to mention is that the Puritans were 17th-century England’s version of the Taliban. These religious zealots wanted to “purify” Christianity (hence “Puritans”) in much the same way that the Taliban wants to purify Islam.

Indeed, if we wished to be brutally honest, we could say that America was founded by a bunch of religious fanatics, and that it was the framers of the Constitution (educated products of the Enlightenment) who, bless their hearts, saved us from them. 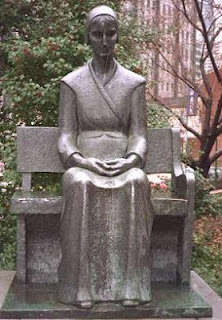 How fanatical were they? Fanatical enough, in 1660, to execute the first female in the colonies. Her name was Mary Dyer. She, along with three male associates [Robinson, Stevenson, Leddra], were hanged by Massachusetts Bay Colony authorities. Dyer and the men had repeatedly ignored warnings not to set foot in Massachusetts, where Quakerism was outlawed, and when the warnings went unheeded, the Colony hanged them.

One can think of many religious people who deserve to be hanged, but Quakers aren’t among them. In fact, Quakerism, with its pacifism and equality for women, seems like one of the more enlightened, dignified religions. But in 1660, the good citizens of Massachusetts chose to kill a group of settlers whose only crime was belonging to another faith and defying the orthodox theocracy. And they killed them in the name of Jesus Christ.

As far as theology goes, our neighbors to the north are, by all accounts, nowhere near as demonstrably religious as we are. A few years ago, I saw Kim Campbell (former Prime Minister of Canada) on Bill Maher’s HBO television show. The panel was discussing the comparative role that religion played in the politics of Canada and America.

Reminded of the fact that George W. Bush had declared, after announcing his candidacy, that he believed God wanted him to run for president, Campbell observed that if a Canadian politician had said the same thing, people would think he was “mentally ill.” And as many will recall, during the 2008 Republican primary, three candidates (Tom Tancredo, Sam Brownback and Mike Huckabee) proudly admitted that they didn’t believe in evolution.

Our history is filled with paradoxes. We embrace founders who didn’t actually “found” us, we applaud the Pilgrims for seeking religious freedom when, in fact, they were vehemently intolerant, and we assume we were established as a reverently Christian, God-fearing nation even though the framers took careful steps to ensure that we would never become a theocracy.

In this post-New Deal, post-industrial milieu we find ourselves, we have both kinds of voters: the kind who vote for candidates on the basis of their positions on specific issues (health care, tax reform, trade policy, etc.), and the kind who ignore the boring nuts-and-bolts stuff and simply vote for the candidate they regard as the “most religious.”

And when the Tea Party says that they “want their country back,” and evangelicals say that we will never again be the nation we once were until “we put Jesus Christ back into our lives,” we’re reminded of not only how polarized we are, but of how the ghost of Mary Dyer—the first woman in Colonial America to be executed for civil disobedience—still haunts us.
*****
For more information on Mary Dyer and why she chose to die for her principles, please click these links:
Top 10 Things You May Not Know About Mary Dyer
Mary Dyer and the First Amendment, 1660-1791


Thank you, David, for this insightful article, used by written permission of the author.
David Macaray, a Los Angeles playwright and author (It’s Never Been Easy: Essays on Modern Labor), is a former labor union rep. He can be reached by email.
Posted by Christy K Robinson