Because Anne Hutchinson and Mary Dyer, Roger Williams and John Clarke, and almost every co-founder of Rhode Island, were very religious people (zealous Puritans, Antinomians, Baptists, Quakers, etc.) who sacrificed worldly goods and even their lives for their faith in God, we might think of these "Founders before the Founding Fathers" as desirous of a religious utopia in the New World. 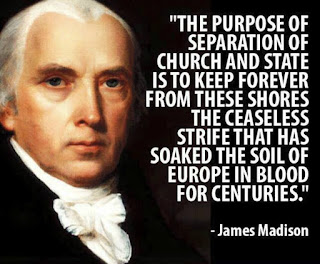 They'd faced religious persecution by their governments in Europe, to such a degree that they fled to the wilds of North America. But the people who governed the new society were theocrats who based their laws in the Old Testament laws given to the Israelites in the wilderness of Sinai. Ministers and magistrates locked arms and wills to accuse and prosecute, imprison, torture, and execute in the name of God. This marriage of religion and government is called theocracy.

Williams, the Hutchinsons, the Dyers, and scores of others were banished from Massachusetts Bay Colony, reviled as heretics, and ridiculed for the rest of their lives, for insisting on liberty of conscience and separation of church and state. In the 1630s, though they believed and practiced their deep faith, they were the first people in Western civilization to form a secular (non-religious) government. They insisted on it, to the degree that religious liberty is encoded in the charter (constitution) of Rhode Island, which was central to the formation of the First Amendment to the US Constitution 130 years later.

In the 21st century, particularly in election years, there are many people who believe that the United States is a Christian nation, founded on Christian principles. Real, documented history says that is not true. The documents of the United States are completely secular. (Read the link below.)

The article at the link below was posted in February 2016, because theocratic advocates Sen. Ted Cruz, Sen. Marcus Rubio, Gov. Mike Huckabee, fundamentalist fundraising organizations, and others have agitated against Supreme Court (yes, conservative-majority Supreme Court!) decisions on same-sex rights and contraception and abortion. In state legislatures around the country, unconstitutional "bathroom" laws were passed against transgender people. (A Tennessee lawmaker said he knew their law was unconstitutional and he simply didn't care.) Those beliefs come from a religious base, which not everyone follows. And if everyone is not protected, there is no liberty. 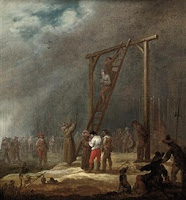 The problem is not that people have strong religious beliefs. The problem is enforcing one set of beliefs on another person or a community, or discriminating against another because of their beliefs or behaviors.

Liberty of conscience is what Anne Hutchinson and Mary Dyer, Roger Williams and John Clarke lived for, and in Mary Dyer's case, died for. They didn't impose their beliefs on others, but advocated for the full rights of others. They were the Founders before the Founders, the great-great grandparents of the revolutionaries of the United States and authors of its Constitution.

“Those who would renegotiate the boundaries between church and state must therefore answer a difficult question: why would we trade a system that has served us so well for one that has served others so poorly?”
― Sandra Day O'Connor, conservative Supreme Court Justice

Founding Fathers: We Are Not a Christian Nation
by Jeff Schweitzer, scientist and former White House Senior Policy Analyst; Ph.D. in neurophysiology