All the fun a Puritan can stand

In 1618, King James of England published The Book of Sports, a pamphlet that promoted recreation on Sundays after church services. Most English people worked 12 or more hours per day, six days a week. Puritan worship practices were to attend service for hours in the morning, have a lunch break, and then sit for two or more hours through more teaching and preaching before going home. Servants of Puritan masters were oppressed with no leisure time, no recreation, no time away from their employers. In 1632, James’ son, King Charles I, with the support of William Laud, Archbishop of Canterbury, reissued The Book of Sports, but with the injunction that it be read aloud in all churches, or the ministers would be deprived of income, and probably imprisoned. “People are governed by the pulpit more than the sword,” said King Charles in 1638.

This was a serious blow to Puritans (as it was meant to be), and it sparked the Great Migration to New England. When Rev. John Cotton refused to comply, he went into hiding for a year before his emigration, and ten percent of the citizens of Boston, Lincolnshire, followed his flight to New England.

‘Puritans' opposition to sport was grounded on at least seven propositions: sport was frivolous and wasted time; sport did not refresh the body as good recreation should, but tired people instead; much sporting activity was designed deliberately to inflict pain or injury; sporting contests usually led to gambling; more sport took place on Sunday than on any other day, so, sport encouraged people to defile the Sabbath; sport was noisy and disrupted others, sometimes entire communities; and many sports had either pagan or “Popish” origins.’ ~Bruce C. Daniels, Puritans at Play, p. 166.

America’s Puritan colonists in the 17th century were opposed to ball sports because of the risk of injury and betting. They forbade blood sports (dog fights, bear-baiting, cock fighting), not so much from concern about animal cruelty, but because of the gambling attached to them. They condemned theater (cross-dressing because men played women’s parts, and sexual immorality) and organ music in church (distracted from Bible reading and preaching, inflamed the senses toward the emotional rather than the intellectual). 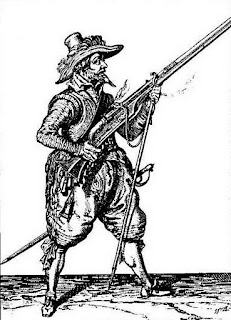 American Puritans approved of hunting, marksmanship, wrestling, and fishing. Their militia drill days were festivals in manly pursuits of warfare, and womanly cooking and marketing of home products.

What did New England women do for sport? Quilting, spinning, and sewing bees were productive and a great time for laughing and talking. There were speed-spinning competitions. Some sewing bees would have been occasion for the Bible studies that Anne Hutchinson got in trouble for, in mid-1630s Boston.

At home with the family, they loved reading aloud in the evening. At first, the books of choice were the Geneva Bible and Foxe’s Book of Martyrs, but soon, books and broadsheets were shipped to Boston, and sold, traded, loaned, and read over and over. 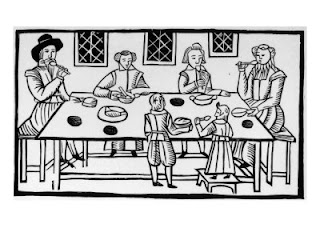 The Sabbath was a long day of preaching, punctuated by lunch at the meetinghouse—we’d call it a potluck or fellowship meal today. And when families came to church from some distance in the wagons, it wasn’t practical to go home for lunch. So the Sabbath dinners were a time to show off cooking skills.

When homes and outbuildings were raised, it was turned into a community activity with men competing in carpentry and weight-lifting skills, and women competing with foods, or speed-sewing sprints.

Group dancing, particularly at weddings, was acceptable in some communities, but not usually between unmarried men and women. In some areas, though, the ministers condemned dancing as too frivolous for end-times, when people ought to be soberly aware of the impending apocalypse and judgment.

What about drinking? you ask. Alcoholic drinks were extremely low in alcohol, about four percent. Everyone, including children, drank fermented cider, beer, ale, and wines, but usually not to excess. Private parties combined with over-imbibing often led to fornication and adultery. Those who did become drunk and misbehave (sexual affairs, homosexuality, or violent behavior) were tried by their church, put in stocks, whipped, or in an extreme case, made to wear a scarlet letter D (for "drunk") for a year. Overall, the preference for mild alcoholic beverages probably saved many lives, considering water-borne illnesses and parasites. Distillation of spirits and the resulting concentration of alcohol and its effects came to Newport when the Caribbean molasses were refined there. Newport gained a reputation for drunken mariners and prostitution.

But the joy in every New England man's heart came from sport fishing, in ponds, rivers, lakes, and the ocean, according to the author of Puritans at Play.

Fishing was both favorite pastime for men, and an important industry. Fishing, whaling, shipbuilding, and import/export of essential goods were vital to the development of New England. Often, stores of fruit, vegetables, grain, and meat from the fall slaughters had run out before the summer harvests began, and the people turned to the disdained food of poor people: lobsters.

When several failed harvests (at the peak of the Little Ice Age), and the population explosion of the Great Migration combined to threaten widespread famine and disease, Rev. Hugh Peter of Salem, Massachusetts, brought the bulk of fish processing and shipbuilding south, from French territories on Canada’s east coast, to ports of Salem, Cape Ann, and Boston, thus enriching the economy of Massachusetts Bay for generations to come.

How convenient that William Dyer was a dues-paying member of London's Worshipful Company of Fishmongers! His nine-year apprenticeship in the prestigious guild was an advanced education in business management and foreign trade, though surely he was extremely knowledgeable about fish! He and Mary Dyer were among the co-founders of Newport, Rhode Island in 1639, a port that traded with Europe and the West Indies. What did they export? Lumber for shipbuilding, furs, horses, fish, and whale oil. 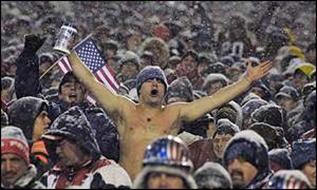 Colonial New England fun (sanctioned fun, anyway) was constructive and productive. It makes one wonder about what they’d think of their successors and descendants, painting their bodies in freezing weather and cheering for the New England Patriots, joyfully scrapping in hockey fights, or worshiping the Sox in their bikinis in the summer heat.