William and Mary Dyer were very well-educated for their time and social class. In an era when only some people could read, and fewer people could write, their penmanship is strong and clean, without scratch-outs, indicating that they thought carefully and focused on what they were writing. They make reference to the Bible and history. William was well-versed on geography and animal and marine species. Mary was highly-regarded for her intellect.

While we don’t know precisely which books the Dyers read in their youth or adulthood, I’ve listed books that were very likely on their reading list, published before or during their lifetimes (just a representation of hundreds or thousands of books which would have been available at the time). The hyperlinks take you to the online versions—searchable—many of them free downloads.

Book of Martyrs—John Foxe
The Holy Bible, Geneva version
The first blast of the trumpet against the monstrous regiment of women—John Knox
The Book of Sports—King James
Daemonologie—King James
The Advancement of Learning—Francis Bacon
The English Housewife—Gervase Markham
A new booke of Cookerie—John Murrell
The Queen’s Closet Opened—Queen Henrietta Maria
Wonder working providence of Sions Saviour in New England—Edward Johnson 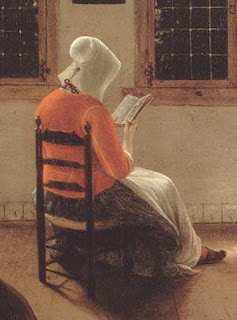